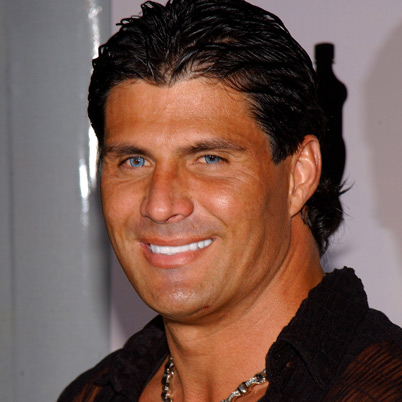 Jose Canseco is one of the best major league baseball players of all time, and he’s got plenty of accolades (Rookie of the Year, MVP), achievements (the famous “40/40”—40 homers and 40 stolen bases in the same year), and awards (World Series ring) to prove it. Now the author of the New York Times best-seller Juiced: Wild Times, Rampant 'Roids, Smash Hits And How Baseball Got Big is Coming Clean—telling the secrets of the state of major league baseball. At the podium, this larger-than-life star entertains with true stories from his colorful past, commentary on the present controversies surrounding pro baseball, and intriguing insights into the future.

Born in Cuba, Canseco’s family fled the country when he was a baby to a better life in Miami. By the time he was 20, Canseco began to scale the heights of the American Dream as a minor-league baseball player in the Oakland A’s system. A vow to his dying mother to become the “best athlete on the planet” led to early experimentation with steroids and human growth hormone. Over time Canseco’s vast knowledge of performance enhancing drugs earned him the notorious title “Godfather of Steroids” and a storied career in pro baseball. In the end, he was held up as an example, shut out of the League just shy of a spot in the Hall of Fame.

From the perspective of an insider, Canseco shares his insight not only into steroid use and abuse, but also how far the establishment will go for greater entertainment value, in an age where constant stimulation generates dollars. As a Latino, he blows the lid off of the rampant racism in the League and the hypocrisy of the decision makers. Always entertaining, often controversial, Canseco takes his shot at redemption with his unique view of truth, justice and America’s favorite pastime.

The Juicy Truth: An Insider’s Take on ’Roids, Racism and Reality in Today’s Pro Sports