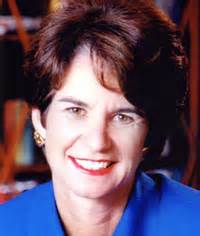 Kathleen Kennedy Townsend has a long history of accomplishment in the public arena, and has worked in the private sector. As the State of Maryland’s first woman Lt. Governor, Ms. Townsend was in charge of a multimillion dollar budget and had oversight of major cabinet departments, including Economic Development and Transportation, State Police, Public Safety and Correction and Juvenile Justice.

Prior to being elected Lt. Governor, Ms. Townsend served as Deputy Assistant Attorney General of the United States. In that role, she led the planning to put 100,000 police officers into the community and she ignited the Police Corps, a program to give college scholarships to young people who pledge to work as police officers for four years after graduating. Prior to serving at the Department of Justice, Mrs. Townsend spent seven years as the founder and director of the Maryland Student Service Alliance where she led the fight to make Maryland the first—and still only—state to make service a graduation requirement.

She taught foreign policy at the University of Pennsylvania and the University of Maryland, Baltimore County and has been a Visiting Fellow at the Kennedy School of Government at Harvard and currently is an Adjunct Professor at Georgetown University. She has been appointed the Paul Nitze Senior Fellow at St. Mary’s College. In the mid-1980s, she founded the Robert F. Kennedy Human Rights Award. Ms.Townsend is Chair of the Institute of Human Virology founded by Dr. Robert Gallo, and serves on the board of directors of the John F. Kennedy Library Foundation, the Robert Kennedy Memorial, The Center for American Progress, the Brady Campaign, and the YMCA of New York City. She is the Vice-Chair of the annual Future of Science conference held in Venice, Italy.

Ms. Townsend is also a member of the Council on Foreign Relations and the Inter-American Dialogue. Previously, she served on the boards of the Export-Import Bank, Johns Hopkins School of Advanced International Studies (SAIS), the Wilderness Society, the Points of Light Foundation, National Catholic Reporter and the Institute for Women’s Policy Research and was the chairman of the board of the Robert F. Kennedy Memorial. An honors graduate of Harvard University, Ms. Townsend received her law degree from the University of New Mexico where she was a member of the law review. She has received twelve honorary degrees. A member of the bar in Maryland, Connecticut and Massachusetts, she is also a certified broker-dealer.

Ms. Townsend’s book, “Failing America's Faithful: How Today’s Churches Mixed God with Politics and Lost Their Way" has been published by Warner Books in March 2007. She has also edited two books, “Courage to Care and Strength to Serve”, readings on service from the Great Books and with Dr. Umberto Veronesi, the world renowned cancer surgeon, Appriamo le Porte alla Scienza. She speak on topics ranging from Sarbanes-Oxley, Corporate Social Responsibility, Women: Taking Power Seriously, Volunteerism and Religion and Politics, and Human Rights throughout the United States and abroad. She has appeared on Meet the Press, the Colbert Report, Larry King and Greta VanSusteran.

The eldest child of the late U.S. Senator and Attorney General, Robert F. Kennedy, and Ethel Kennedy, Ms. Townsend lives in Baltimore, Maryland with her husband, David, a professor at St. John’s College in Annapolis. They have four daughters, Meaghan, Maeve, Kate, and Kerry.

Raising a Generation of Ethical Leaders

“She was great. The audience loved her.I am more than willing to be a contact for anyone who wants to check her out before contracting for her to speak.”

“She was great! Funny, charming and very gracious. The audience really loved her and she was an incredible draw for our speaker series. Thank you again very much.”