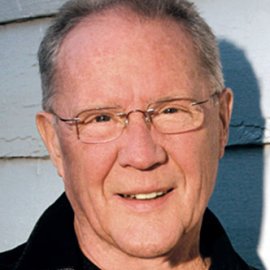 Ken Mansfield joined the Navy when he was 17 years old. He boarded a plane in Spokane, Washington and it was eight degrees below zero. When Mansfield got off the plane in San Diego, the temperature was 78 degrees. All bundled up in heavy wool, he looked out the window and saw people in T-shirts and shorts. By the time he picked up his baggage, Mansfield was a Californian. He finished his tour of duty and returned to Southern California to earn a Bachelor of Science degree from San Diego State University. Through unusual twists and turns he ended up in Hollywood and the music industry.

The beginning of Mansfield's industry career as an executive started at Capitol Records in 1965. He says that the five years he spent at that great company will always bring about special memories of the business. It was a changing of the guard as far as the type of recording stars that were popular. He worked with Stan Kenton, The Four Freshmen, Peggy Lee, Judy Garland, George Shearing, and Cannonball Adderly. From there it went to Lou Rawls, Nancy Wilson, Bobbie Gentry, Glen Campbell, Buck Owens, Merle Haggard era and then evolved into the Beach Boys, Beatles, Badfinger, James Taylor, Steve Miller, Quicksilver Messenger Service, and Bob Seger bands. Mansfield was a young go-getter who shot up through the ranks so fast that within two years, he had almost as many people reporting to him as the president of the company. Mansfield received a very unique education from this experience. Also, between his work and growing up with the rockabilly songs of Elvis, Gene Vincent, Bill Haley and the Comets, etc., he had gained a broad musical perspective by the time he went to work for the Beatles.

Not only did the Beatles ask Mansfield to run their company in America for them, but he also became their personal liaison between the UK and the United States. If Paul wanted to come over without anyone knowing he was going to be in the country, if Pattie Harrison wanted to go shopping and needed a sidekick that knew their way around LA, or if John Lennon saw a pair of cool sunglasses in Vogue magazine that were sold in a boutique in Beverly Hills, Mansfield was their guy in America and became very involved in their personal lives. What he enjoyed the most was that he had more than a business relationship with them. Because they got to know each other early on in their twenties, he was eventually classified as an old friend as the years passed by. Mansfield says that being on the rooftop of Apple Records London offices on 3 Savile Row for the Beatles' final performance was the high-point of his music industry career. There were only a handful of people up there that day for one of the most historic moments in rock 'n' roll. Those who shared that experience and are still here will be bonded by that day forever, he says.

Mansfield left Apple when the Beatles empire began falling apart and accepted a VP position at MGM. He says he was on top of the world as a music industry executive when Andy Williams hired him away from that prestigious position to become president of his CBS label, Barnaby Records. During their first meeting, it didn't take them long to realize just how common they were and felt great comfort in knowing that about each other, Mansfield says. They got along so well that they had a problem taking care of business because they were having such a good time, whether it was in New York, Las Vegas, Lake Tahoe, Palm Springs or just hanging out in Beverly Hills and Hollywood.

Mansfield left Barnaby CBS to become the producer of the Outlaw Movement with Waylon Jennings, Willie Nelson, Jessi Colter and Tompall Glaser, etc., and this, ironically, was the most exciting time for him during his music industry days, he says. The Beatles were already famous when Mansfield went to work for them, so he didn't have anything to do with their success. He was involved with it, but he didn't create it. With the Outlaw Movement, they took that phenomenon from the ground up. They went from Waylon playing in bars and acting as an opening act in small venues, to headlining major concerts at sold-out auditoriums. During that time, Mansfield produced his first No. 1 record -- "I'm Not Lisa" with his outlaw wife Jessi Colter, and to this day, that remains a personal highlight of his career. Mansfield followed that with Waylon's 1975 No. 1 landmark album recording, "Are You Ready For The Country" and then several more hits with the Outlaws.

Mansfield says there were two super talents that he worked with, and although neither project was a big success, they were his favorites. He was invited to produce Don Ho, and when he went to Hawaii for pre-production, it was like being a guest of a king or like being with Elvis, he says. David Cassidy also blew Mansfield away. He initially turned down that project because their styles of music were contrasting. But per their mangers' requests, David and Mansfield met for dinner one night just to see how they'd got along. Within ten minutes they were best friends, and in the process he realized that David was extremely talented. Mansfield says it was the most fun he had ever had making a record.

Mansfield produced the very first "Homecoming" album for Bill Gaither in 1991, which won both a Grammy and a GMA Dove Award.

His conversion to Christianity is the biggest thing in Mansfield's life. His wife Connie is the one that brought him to the Lord -- he tells people the first person he sees every morning when he wakes up is the person who saved his life, and that's a pretty good way to start your day, he says. Their marriage was a new beginning, a leaving of the old ways behind and delving into God's ways and letting the simple act of seeking His face be their new direction in life. Mansfield says God gave him a new purpose -- to go back out on the road and tell his story -- then he got to see people change their lives because of his testimony.

Ken and Connie now spend their days on the road speaking at churches, special events and colleges across the nation. Because of his broad and fascinating background Ken's unique outreach event draws many seekers who normally wouldn't step inside a church or a Christian-oriented event. As an author, he has penned such top selling titles as The Beatles, The Bible and Bodega Bay, The White Book: The Beatles, the Bands, the Biz: An Insiders Look at an Era, Between Wyomings, and his latest, Stumbling On Open Ground.

The Beatles, The Bible and Bodega Bay

The White Book: The Beatles, the Bands, the Biz: An Insiders Look at an Era

"Ken Mansfield delivered a perfect 10 keynote speech.  We were delighted with his presentation and would recommend him to anyone wanting the very best in inspiration."