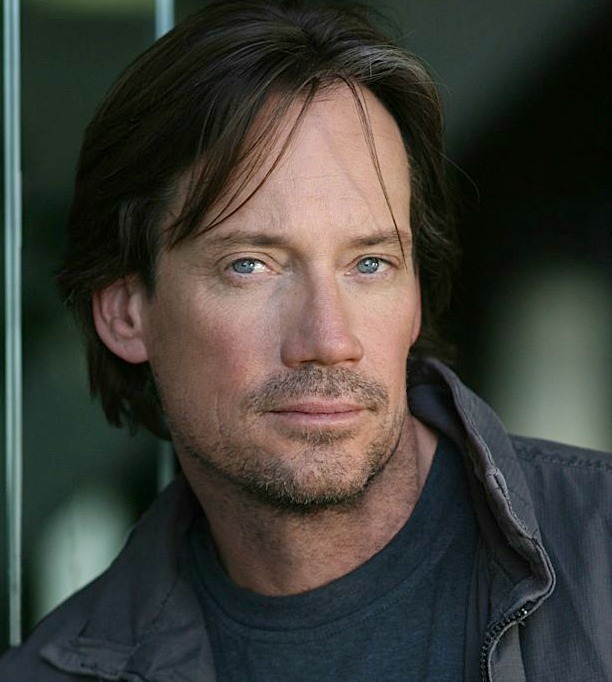 In 1993, Kevin emerged as a full fledged international TV star when he was cast as the lead role of Hercules in a series of TV films that would lay the groundwork for the immensely popular series, Hercules: The Legendary Journeys. Kevin also guest-starred as Hercules in episodes of the successful spin-off series Xena: Warrior Princess as well as providing his voice to the animated Hercules films.

In 1997 Kevin accepted his first leading film role in the fantasy action feature Kull the Conquerer.

Along the way, Kevin played characters in video games such as Mortal Kombat 4, God of War and The Conduit.

Kevin guest starred on the sitcom Two and a Half Men and played a recurring role on the final season of The O.C. One glimpse at Kevin's imdb and it's clear that this hard working actor takes no breaks! In addition to his work onscreen, Kevin now also produces films, recently serving as Executive Producer and star of the movie Abel's Field.

Kevin recently authored the widely praised book, True Strength, that recounts the painful recovery from serious health setbacks that changed his life during his Hercules years.

Sorbo married actress Sam Jenkins, whom he met during her guest appearance on Hercules in 1998. They have three children together, Braeden, Shane and Octavia.

Besides his successful career in entertainment, Kevin has always devoted a hearty portion of his time to causes he believes in. In 2005 he was named successor to Arnold Schwarzenegger as the national spokesperson for The Afterschool Alliance, a nonprofit working to ensure that all children have access to quality after school programs, and since ‘97 Kevin has donated his time as the spokesperson for the non profit organization, A World Fit For Kids. Please visit WorldFitForKids.org to learn more.

Pro Life Issues, A World Fit for Kids, God is NOT Dead

True Strength: My Journey from Hercules to Mere Mortal and How Nearly Dying Saved My Life

Kevin Sorbo was our keynote speaker and he made our event a record-breaking success! Our event attendance doubled over the previous years and the donations from the evening resulted in a substantial six figure income. Kevin has such a natural, caring and sincere manner about him that having him as our special guest was pure joy. We've received rave responses from our attendees as Kevin was a true blessing to Dayspring Christian Academy.

Kevin was one of the best speakers we have ever had. His name alone brought us over 100 new faces to our event, and every one of those guests was moved to give that evening. Kevin’s passion for life and his story speaks volumes, he is  relatable and moves people to action. I would highly recommend him to anyone and everyone!

Kevin Sorbo was outstanding as the keynote speaker for our annual fundraising gala.  His presentation was sharp, well-delivered, and unflinching.  Kevin was also very personable in interacting with guests before and after the program.  We have received rave reviews from our guests and look forward to hosting Kevin again in Indiana.  I highly recommend Kevin Sorbo as a featured speaker for pro-life fundraising events.”

As our keynote speaker for National Day of Prayer in Lake Charles, Louisiana, you were by far the best one we have ever had in over 20 years of hosting this event by Profit & Loss Assoc of SWLA. People are going out of their way texting and emailing me expressing their gratitude for such an excellent program. Here are some of the comments: "He was great and really made you want to hear what he had to say..." "By the far, the best Christian speaker EVER..." "What an inspiring message today from Kevin Sorbo! WELL DONE!" The crowd loved the way you interacted with them on a personal/individual level both before and after the program. We consider ourselves blessed to have had the opportunity to meet you and have you share your Christian Faith Walk with us. Thank you & God Bless!"

Kevin was amazing.  Not only was his life story incredible but he is a funny guy.  He had the whole room laughing. He did three things that were awesome. #1 shared his story, #2 shared our story, #3 told people to get involved with us. Kevin is the real deal. It is great to know that we as Christians have a voice in Hollywood trying to stand up and do the right thing. Too bad he is not in politics.  We could use someone like him. Once again it’s been a pleasure working with you and Heather."

Kevin was a hit. He artfully and repetitively wove into his talk our organization's name and mission. And he gave his own stories that made it all the more personal. With his grasp of American history, he was also able to draw parallels to current times; this really resonated with our audience -- and me. He was a great fit for our pro life event; our biggest crowd ever. Kevin Sorbo is an excellent ambassador for Ambassador Speakers and all of Hollywood.

I want to let you know that Kevin Sorbo did an absolutely fabulous job for our 21st Annual Choices Fundraising Banquet.  He came prepared, and had researched the many issues facing our pro-life ministry.  Mr. Sorbo was engaging and powerful with his message, and led to our pledges being 42% higher this year!   In addition, Mr. Sorbo and his wife were very humble and kind individuals.  They made everyone around them feel comfortable and important.  I would highly recommend Kevin Sorbo to anyone looking for a powerful and impactful speaker. I would also highly recommend Premiere Speakers to anyone looking for a speaker.  As always your team has been exceptional!  This is the second year we have worked with the Premiere Speakers team, and you are all professional, easy to work with and detail focused.  Thank you once again for being such a great organization!

Kevin Sorbo was our featured speaker for the National Day of Prayer Luncheon held on May 5, 2016, at the Lake Charles Civic Center. I just wanted to thank you and tell you what a wonderful job Kevin did. The 2016 NDOP event was probably one of our most successful, and Kevin deserves all the credit. His message was timely, uncompromising, and passionate. Many of our members were "blown away" by his story and his character. He is an honest, energetic "rock-solid" Christian with a Hollywood presence.... exactly the man we needed.  His message was tailored to our audience, and we could tell that he put a lot of thought and preparation into his topic. His delivery was flawless. I have served on the board of Profit and Loss for over 10 years and was speaker chair for 5 years. In my experience, Kevin was TOPS. We have heard so many positive comments about Kevin from our members and non-members who attended. He was awesome! He was considerate and very easy to work with prior to, during and after the event. His willingness to spend time "one on one" at the book table, meeting people and autographing books was "priceless". He has a genuine compassion and respect for people and a dynamic delivery. My compliments to you and Premiere Speakers Bureau. You are fortunate to have Kevin in your listings. Thank you again.