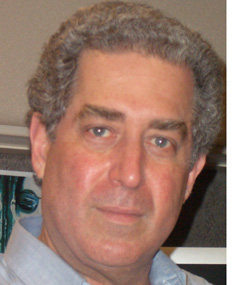 Giving Your Children an "Unfair Advantage" in the 21st Century Making Sense of Your Children's Behavior Dubbed "Dr. Dad" by the Associated Press, Dr. Kutner is a contributing editor to Parenting magazine who provides insights and perspective into the changing challenges faced by both parents and children The Associated Press calls him "Dr. Dad." Publisher's Weekly says one of his most recent books "places him firmly in the pantheon occupied by Spock, Brazelton, and Leach."

Dr. Lawrence Kutner, who describes himself simply as "a guy who does a lot of different stuff," is a nationally known clinical psychologist who trained at the Mayo Clinic and teaches at Harvard Medical School, where he's co-director of the Harvard Medical School Center for Mental Health and Media. From 1987 to 1994 he was the author of the award-winning weekly New York Times' "Parent & Child" column, which was also syndicated to several hundred other newspapers throughout the United States. That column won the 1990 American Psychological Association National Psychology Award as the best writing about psychology in the country. After spending eight years as the child behavior columnist for Parents magazine and the author of its "Ask The Expert" column, he left that position to become a columnist and contributing editor for three magazines published by Time Warner: Parenting, Family Life, and BabyTalk. He also writes for the online services Pampers.com and ParentTime.com.

Dr. Kutner is also an Emmy Award-winning television reporter and documentary producer who, for two years, hosted a call-in program on parenting on ABC's KGO Radio in San Francisco. He's been a consultant on child development and a spokesperson for a wide range of foundations, universities and corporations, including Microsoft, Disney, Procter and Gamble, and General Mills. During 1998, he toured the United States on behalf of Philips Consumer Communications on a project to promote better communication between young adolescents and their parents. He's also a father who has done his share of diaper changes, tantrum taming, and managing adolescent angst.

Dr. Kutner received his bachelor's degree from Oberlin College in Ohio and his PhD in clinical psychology from the University of Minnesota. He's the author of five books, including Parent & Child: Getting Through to Each Other; Pregnancy and Your Baby's First Year; Toddlers and Preschoolers; Your School-Age Child; and Making Sense of Your Teenager.

Millions of parents and health professionals have turned to Dr. Kutner for help making sense of their children in today's world. Providing insights and perspective into the changing challenges faced by both parents and children, his presentations are highly practical and laced with humor. Audience members leave with information and techniques they can use immediately and in the future, and all of his presentations are followed by a question-and-answer session.

Parent & Child: Getting Through to Each Other

Giving Your Children an "Unfair Advantage" in the 21st Century

Making Sense of Your Children's Behavior

"Not only was the program extremely well-received, but your willingness to go all out in promoting the event and our series exceeded our expectations. You have set a high standard for future speakers!"