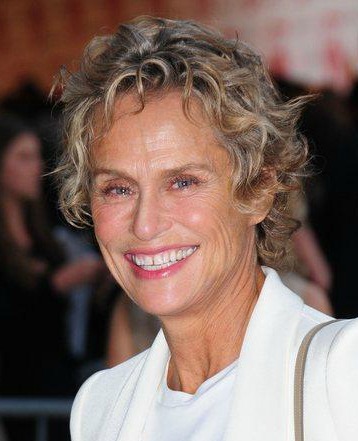 Lauren Hutton has almost single-handedly made it okay to be over 50--by proving that women can be vivacious and beautiful at any age. Hutton has consistently shown how to age and navigate transition successfully. This once-super-model turned style icon has appeared in over 25 movies and hundreds of fashion spreads and ad campaigns. She has also dabbled in scuba diving and traversed the globe. Hutton is living proof that self-confidence, spunk and individuality are the real stuff of beauty.

Lauren Hutton has appeared on the cover of Vogue 28 times since she began her modeling career in the mid-'60s. In 1974, she created the "supermodel" when she signed on to be the face of Revlon. It was the first time a product would be associated exclusively with one model. In 1989, she created an image for mature women by launching modeling campaigns with Barney's, J. Crew, Federated Department Stores and Revlon.

Hutton's film credits are extensive. She has worked with directors such as Paul Schrader, Robert Altman and Jean-Paul Rampeneau. She co-starred with Richard Gere in “American Gigolo,” Robert Redford in “Little Fauss” and Big Halsey and Jim Carey in his first movie, “Once Bitten.” She also earned critical praise for her performance in “Just a Little Harmless Sex.”

From 1996 to 1997, she hosted a nationally syndicated talk show, "Lauren Hutton and...," for Turner Original Production. She also hosted the syndicated travel series, “Three Perfect Days.” From 1996-1998, she hosted Bravo's primetime series, “Bravo Profiles,” which investigates the creative and business processes behind the arts.

For the past 12 years, Hutton has worked closely with women's health, environmental and wildlife foundations, such as the Women's Campaign Fund and World Wildlife Foundation. She is also the original vice-president of the Guggenheim Museum Motorcycle Club and is on the board of the National Museum of Women in Arts in Washington, D.C. A constant traveler with a special fondness for Africa and China, her new passions are dog sledding and sailing classic wooden sailboats.

Today, Hutton's life continues to move at full speed. She is working on expanding her makeup line for older women and continues to model, act, and travel around the world. Hutton proves every day that life truly does begin after forty.

"Lauren Hutton engaged the audience with her incredible sense of humor, her grace and wonderful content.  We were very pleased!"