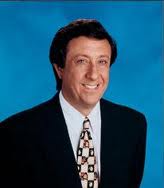 Len Berman is the former weekday evening sports anchor for WNBC-TV. One of the industry's most popular television sports figures, Berman was voted by his peers in the National Sportscasters and Sportswriters Association as the 2003 New York "Sportscaster of the Year," an honor he also received in 2001, 1998, 1995 and 1994. Berman currently contributes monthly to NBC's Today Show.

While at WNBC-TV, Berman hosted many live sports specials featuring the Giants, Mets, Yankees and Knicks. His popular feature, Spanning the World, which focused on wild and wacky sports moments from around the globe, aired monthly on WNBC and NBC's Today show. He has handled sports reporting for both WNBC and NBC Sports for the 2002 Olympic Games in Salt Lake City, the 2000 games in Sydney and the 1996 Centennial Olympic Games in Atlanta and he has brought New York area viewers countless interviews with sports stars and legends ranging from Mickey Mantle to Wilt Chamberlain to Arnold Palmer.

He has also filed daily sports reports for Sporting News Radio, AM 620, and during the 1991 football season, co-hosted a sports/entertainment show called L.T.'s Place, with New York Giants' Lawrence Taylor. From 1991-1993, Berman was the voice of TVKO Boxing, a pay-per-view cable service, calling heavyweight championship fights. He also hosted Sports Fantasy, a program that aired on NBC 4 and NBC's Sportsworld from 1985-1990, giving the fans the opportunity to act out their sports fantasy with their favorite athlete.

Berman came to Channel 4 after serving as weekend sports anchor on WCBS-TV for three years. Prior to that, Berman had been sports director at WBZ-TV, NBC's Boston affiliate since 1973. In addition to daily sportscasts at WBZ-TV, he did play-by-play on the Boston Celtics regular season telecasts and the New England Patriots pre-season telecasts from 1974 to 1978. While at WBZ-TV, he received two New England Emmys for sportscasting. Berman began his broadcasting career in 1970 at WLWD-TV in Dayton, Ohio as a news and sports reporter.

Berman graduated from Syracuse University and currently serves on the advisory boards of both Syracuse and St. John's Universities. His newest kids book, The Greatest Moments in Sports(Sourcebooks) immediately debuted on the New York Times Best Seller List. He has previously published three books: Spanning The World (HarperCollins), And Nobody Got Hurt! (Little Brown),And Nobody Got Hurt 2! (Little Brown).

A native New Yorker, Berman resides on Long Island with his wife. They have three children.

It is About Living a Good Life

An Evening with Len Berman

"Len Berman was powerful. He moved the audience to laugh and to tears as he take the audience to an incredible journey in the world of sports.  A great motivational talk."