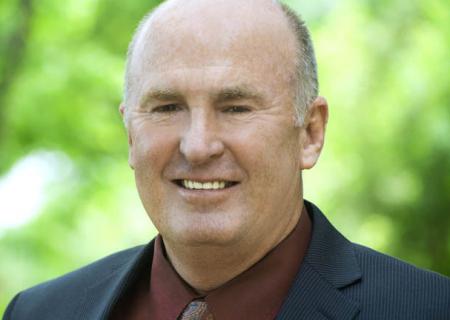 The 21st-century leader faces a set of unprecedented challenges. Rapid change is the new normal and leaders with a keen ability to adapt are in high demand. Rick Lynch has lived his life by adapting to rapidly changing scenarios - overcoming obstacles not only big and small, but life or death.

From surmounting his parents' inability to pay for college by gaining entry to West Point to leading "The Surge" in Iraq with only six weeks to prepare; from reinvigorating a bloated Army organization of 120,000 civilian employees (via billion dollar budget cuts) to lowering divorce and suicide rates at Fort Hood by outlawing weekend work and mandating soldier family time; from training in the robotics labs of MIT to rebuilding economies in a foreign nation and speaking to national news media in the middle of a war, Rick Lynch has faced more than most leaders will in a lifetime - which is why his lessons on how to adapt will inspire and provide unprecedented clarity to leaders from all walks of life.

With 34 years in the US Army at his heel, Lieutenant General Rick Lynch has distinguished himself as an exceptional leader and strategist through his chameleon-like ability to adapt to change despite the most challenging obstacles. From surmounting his parents' inability to pay for college by gaining entry to West Point to leading "The Surge" in Iraq as Army General with only six weeks to prepare, Lieutenant General Lynch has constructed a disciplined and effective mantra for success, which he shares with audiences across the country today.

From company (about 100 soldiers) to corps (about 65,000 soldiers) to the head of all US Army installations, Lynch steadily climbed his way up, eventually commanding at all levels. Matching the professional acumen of established business leaders, he was responsible for managing all the installations in the US Army with an annual budget of $12 billion and a workforce of 120,000. Combining this impeccable work ethic with an open heart, he also effectively lowered divorce and suicide rates at Fort Hood, Texas, by outlawing weekend work and mandating soldier family time.

In his commanding presentations, Lynch captivates audiences with the tenor of his voice and the approachable, conversational nature of his tone. Drawing on his personal experience in and out of combat, he powerfully illustrates his principles, from the foundation of business leadership to the need for resiliency and engagement. There are only 50 three-star generals in the nation and Lieutenant General Rick Lynch is one of them.

Focus on opportunities, not obstacles

Be demanding but not demeaning

Achieve a work-life balance Have fun

"Rick was powerful.  The kick off lecture gave us a great start for our creat style. Absolutely we recommend him."

"In this engaging presentation, Lynch walked us you through the nine leadership principles he has come to embrace over his 34 years in the US Army." Fabulous!