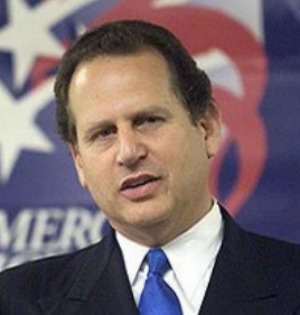 Former U.S. Congressman Lincoln Diaz-Balart is an international lawyer and consultant based in Miami, Florida. He is Chairman of the Congressional Hispanic Leadership Institute (CHLI), in Washington, DC, and a Board Member of the Fundacion Hispano-Cubana, in Madrid, Spain. He is also a driving force behind the White Rose Institute, which continues the work of Lincoln’s father, the late Cuban writer and political leader Rafael Diaz-Balart, for human rights in Cuba.

Lincoln Diaz-Balart retired from U.S. Congress in January 2011 after his brother, Congressman Mario Diaz-Balart was elected without opposition to the seat Lincoln held for 18 years. Deeply respected by his former Congressional colleagues on both sides of the partisan aisle, Lincoln Diaz-Balart is a passionate advocate for human rights and an expert on the politics of the United States, Latin America, and Spain.

Lincoln Diaz-Balart was a leader in Congress on the issue of immigration. He was the author of the Nicaraguan Adjustment and Central American Relief Act of 1997 (NACARA), which granted legal residency to hundreds of thousands of immigrants in the United States. Lincoln was also extremely active on international trade issues in Congress, having been a leader in the passage of Free Trade Agreements between the U.S. and Morocco, Singapore, Chile, Colombia, Peru, and Panama.

Immigration Issues from a Latino Perspective

"Congressman Diaz-Balard is a passionate speaker. He moved the audience to tears and laugh as he addressed our annual event."