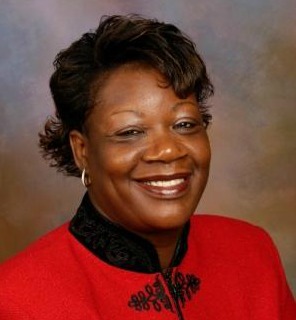 She may be the mother of one of the greatest athletes of all time, but Lucille O'Neal is much more than "Shaquille O'Neal's mom." Acquainted early in life with turmoil, O'Neal's circumstances shaped her perspective, strengthening her resolve to overcome the challenges she would later encounter. She has endured poverty, rejection, abuse, addiction, and the illness of a child, yet today her faith and compassion for others is stronger than ever.

At the age of 12, O'Neal told God that she wanted to be a motivational speaker. A tall, skinny child, she always felt different - a feeling that caused her to have low self esteem throughout her youth. She eventually learned to drown those feelings with alcohol. After becoming a mother at the young age of 17 - and eventually a wife and mother of three more children - O'Neal was married for 28 years, never letting go of her dream.

In addition to being an active parent and grandparent, O'Neal is involved in numerous youth-oriented and community projects. Her commitment and devotion to volunteer projects is reflected in her past and current involvement with various organizations such as the Orlando Chapter of the United Negro College Fund, the Reading is Fundamental Program, and Scholastic America, among many others.

Lucille O'Neal shares her life story candidly - and often humorously - in her book Walk Like You Have Somewhere to Go as well as in her keynotes. Touching on her years of spiritual unrest and mental welfare, she shares her struggles and disappointments against the backdrop of her sweetest memories and proudest accomplishments. After 56 years, O'Neal has gained the wisdom to recognize her wrongs and guide other women down a different path. Her story is proof that it's never too late for a new beginning.

"Lucille life story is truly moving and inspirational. Her style is brilliant combined with great content.  A wonderful speaker!"