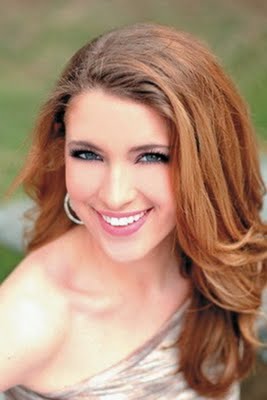 The second oldest of seven children, Maria Cahill was raised a devout Catholic with the love of God as the number one priority. After attending a college where her faith was put to the test, she realized that she was slowly becoming one of the “typical” college students, a student who puts God secondary to everything else. With the help of her parents and family, she was able to regain her love of the Lord, recognizing that she could be part of the solution in helping young women overcome their need for the world’s acceptance. Through her favorite Bible verse, Philippians 4:13, “I can do all things in Christ who strengthens me,” she began to take back control of her life, realizing once again the beauty of faith, purity, and trusting in the Lord’s will.

Cahill began her pro-life ministry at a very young age, attending the March for Life every year, speaking to her peers, and praying outside abortion clinics. As Miss Rehoboth Beach, she gave her first talk about the evils of abortion during a women’s health conference. After winning Miss Delaware less than six months later, that talk was released to Youtube, starting controversy, especially in the pageant community. During her year as Miss Delaware, she was instructed to remain silent on her pro-life views, being told that speaking about this issue would hinder her chances of becoming Miss America. Cahill continued to speak and spread the love of life, liberty, and happiness for every single one of God’s children.

As Miss Delaware, Maria Cahill was able to dedicate an entire year to service. She spoke at over 250 events all over Delaware and the East Coast, ranging from nursing homes and veteran hospitals, to schools, churches and health clinics. While working as a spokesperson for various organizations such as the Delaware Safety Council and Wilmington University, she worked in the fashion industry. After modeling for various organizations, she began to recognize the need for role models of modesty and chastity through dress and action.

Cahill has been featured on numerous television, print and radio programs including Life Site News, Life on the Rock, The Wanderer, The National Catholic Register, Townhall Magazine, and Foundation Life. She continues to use the voice given to her by the Miss America Organization to reach numerous audiences, from children in elementary schools, to representatives from Ireland.

Through her use of real life experiences with pageants and college life, humor, and an honest attitude about the reality of being of woman of Christ in a secular world, Maria Cahill strives to reach all audiences, especially young women, with the message of standing strong and holding onto your voice in the midst of adversity. She also speaks on the pressures women face in an impure world and the beauty of God’s timing and patience.

Young People and Our Role in the Pro-Life Movement

"Maria's keynote address made us feel the love of God and how much we can impact our future by working with our youth. Her presentation was packed with uplifting stories that moves people to action. She was perfect!"