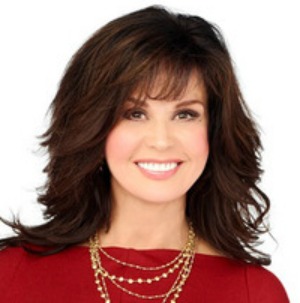 Singer, actress, television personality, businessperson. Born Olive Marie Osmond on October 13, 1959, in Ogden, Utah. While she has achieved a number of successes as a solo artist, an actress, and a businessperson, Marie Osmond is often best remembered for her collaboration with her brother as the singing duo Donny and Marie. The only girl out of nine children, she was raised in an unusual show business family. Some of her older brothers started singing together as the Osmond Brothers. Managed by their father George, the group's musical career took off after an appearance on The Andy Williams Show in 1962. They became regular guests on the show and eventually became an international pop sensation.

In 1973, Osmond had her first taste of solo success with her rendition of "Paper Roses," which climbed to the top of the country music charts and broke into the top five on the pop charts. The subsequent album bearing the single's title also did well with country music fans.

Osmond had her own limited-run variety show Marie from 1980 to 1981 and then made a series of television movies. In 1979, Osmond starred with James Woods and Timothy Bottoms in The Gift of Love. She went on to play her own mother Olive in 1982's Side By Side: The Story of the Osmond Family. In 1985, Osmond served as the co-host for Ripley's Believe It Or Not.

Reviving her country music career, Osmond scored several hits in the 1980s. She hit the top of the country charts twice in 1985 with "There's No Stopping Your Heart" and "Meet Me in Montana"—a duet with Dan Seals. The next year, her duet with Paul Davis, "You're Still New to Me," also reached the number one spot.

With some of her children, Osmond toured with a special Christmas show during the 1980s and 1990s. She spent a lot of time on the stage in musicals. Playing Maria, Osmond starred in 1994-1995 touring production of The Sound of Music. She made her Broadway debut in 1997 as Anna in The King and I. Reuniting with her brother Donny, Osmond co-hosted a syndicated daytime talk show in 1998, which lasted two seasons. That same year, Osmond and her husband announced that they were divorcing, but they later reconciled.

In 2001, Osmond received a lot of media attention for her candid memoir about her struggle with postpartum depression Behind the Smile. She shared the emotional and psychological difficulties she faced after the birth of her son Matthew. Two years later, Osmond and the rest of her family received a star on Hollywood's Walk of Fame for their contributions to the entertainment industry.

More recently, Osmond has appeared on reality television shows. She was a judge on Celebrity Duets in 2006. n 2007, Osmond and her husband announced their separation. She went on to become one of the finalists in the wildly popular celebrity dance competition Dancing with the Stars in 2007.

In addition to her entertainment career, Osmond has been active in business pursuits as well as charitable works. She sells a line of Marie Osmond Fine Porcelain Collector Dolls, which she started in 1991. More recently, Osmond launched a line of crafting products called Crafting with Marie. She has also found time to help others, co-founding the Children's Miracle Network in 1983. Osmond continues to raise funds on its behalf. The organization supports children's hospitals in the United States and Canada.

"Marie was simply fantastic! We enjoyed her style of delivery.  She was passionate, entertaining, inspirational and educational."