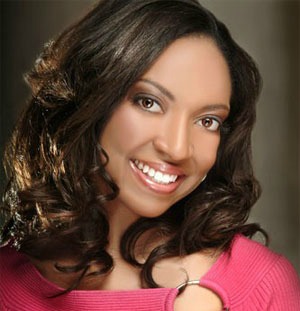 As one of the nation’s leading experts on the art of maximizing potential, Marshawn Evans is Founder of ME Unlimited®, a corporate life-enrichment consulting firm focusing on reinvention, diversity, innovative leadership, and peak performance strategies. Evans is a reinvention strategist, entrepreneur and entertainment attorney. Her presentations are driven by a nine-step, proprietary peak performance module called HABITUDE™.

Evans is author of S.K.I.R.T.S. in the Boardroom: A Woman’s Survival Guide to Success in Business and Life, founder of The SKIRTS Network, ™ and The Work Your SKIRTS Awards.™ As a pioneering woman in the world of professional sports, she is also President of EDGE 3M Sports & Entertainment, a full-service brand management agency responsible for elevating the profile of elite entertainers and athletes in the NBA, NFL, WNBA, and Major League Baseball. She is Founder and Executive Producer of The Caring EDGE Awards held annually in Atlanta, Georgia recognizing the philanthropic contributions of professional athletes and entertainers.

Marshawn's successes in the classroom and the courtroom took her to the infamous boardroom as one of Donald Trump’s handpicked cast members on NBC‘s hit show The Apprentice. She was the only person to lead Trump’s all-women’s team to a victory as the Project Manager for an upscale Lamborghini advertising campaign. She has worked on marketing initiatives for Tiffany & Co, Rolls-Royce, Vitamin Water, Gatorade, Kraft, Dick’s Sporting Goods, Star Wars: Episode III, Bally Total Fitness, Dairy Queen, Best Buy, and Outback Steakhouse.

Evans launched a new ministry called Marketplace Women™ focused on equipping women of faith to thrive in the workplace, and held her first international women’s summit in Lagos, Nigeria. Named one of Atlanta’s Power 30 under 30, she is a graduate of Georgetown University Law Center and practiced as an employment lawyer with one of the nation’s most prestigious firms. Evans was also a Harry S. Truman Scholar and a former U.S. ambassador to the International Summit of Achievement in Dublin, Ireland

Marshawn Evans is a member of the State Bar of Georgia, and has been admitted to practice before the Supreme Court of the United States. As a rising media commentator, Marshawn has been featured in Glamour, Essence, Upscale, Monarch, DiversityBusiness, USA Today, The Big Idea with Donny Deutsch, ABC, Fox News, MTV, and NBC. She regularly provides commentary for Fox Business Channel, Pink magazine, Black Enterprise, CNN, and ESPN.

“I was extremely pleased with your performance and overwhelmed that you hit every single key message about McDonald’s that I gave you. You definitely exceeded our expectations.”