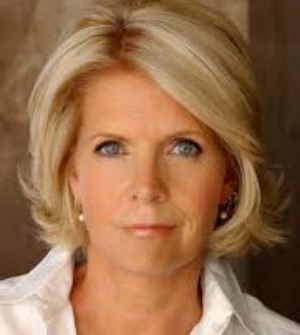 In film, television and on stage, Meredith Baxter is noted for her accessible portrayals of intelligent, independent women who struggle with the challenges before them. Baxter achieved success early in her career with a string of hit television series including Bridget Loves Bernie, the critically acclaimed drama, Family, and most notably, the long-running and extremely popular Family Ties. Baxter made a seamless transition to drama after seven years as one of America's favorite sitcom stars and quickly became one of the most sought-after actors for television movies.

In 1991, she earned an Emmy nomination for her performance as the lead character in A Woman Scorned: The Betty Broderick Story. She reprised her acclaimed role in Her Final Fury: Betty Broderick, The Last Chapter. In 1993, Baxter earned another Emmy nomination for her performance in the CBS School Break Special, Other Mothers, portraying the lesbian mother of a teenager who encounters prejudice. Baxter has made over 50 movies for television, most notably: Winnie, Darkness Before Dawn, My Breast, and After Jimmy.

On the stage, Baxter's credits include Spine, Butterflies Are Free, Guys and Dolls, Talley's Folly, and many different productions of Love Letters in theaters across the country.

Baxter has devoted much of her time to speaking out on issues about which she is passionate. A champion of women's rights, she is an active supporter of NARAL and Planned Parenthood. Meredith was involved with The Center to Prevent Handgun Violence and lobbied extensively on behalf of the Brady Bill, the National Crime Bill and gun control measures. Meredith also been worked with members of the California Senate and Assembly on state legislative matters.

Baxter has developed a line of skin care products which are currently available in fine gift stores around the country. She also founded the Meredith Baxter Foundation for Breast Cancer Research, to which all profits from her skin care line are donated. Baxter was diagnosed with breast cancer in 1999 and speaks publicly about her battle against the disease.

"This was one of our most successful management conferences and we wanted to say 'thank you' for being part of it."