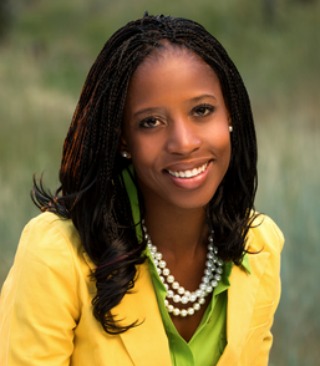 Mia Love was born in Brooklyn, New York and eventually moved to Connecticut. Love recalls both parents working hard to earn a living, her father at times taking on second jobs cleaning toilets to pay for school for their three children. On the day of Love’s college orientation, her father said something to her that would become the ethos for her life: "Mia, your mother and I never took a handout. You will not be a burden to society. You will give back."

Mia Love graduated from the University of Hartford with a degree in fine arts. She found faith. Then she found Jason. And then she found herself in Utah ready to give back. Love served two terms on the city council of Saratoga Springs, one of Utah’s fastest growing cities. As City Councilwoman and eventually Mayor, Love led the city through a period of 1700% population growth in a decade. Under her leadership, the city was able to successfully navigate the drastic transition from agricultural fields to a booming residential community. When the citizen growth necessitated fire and police services, Love fought to make sure the city’s first ever residential tax implementation would only pay for those essential services, and she structured it in such a way that the tax decreased as a percentage of property value.

Mayor Love is best known for her conservative positions on limited government, increased citizen liberties and limited restraints on business. She believes the best thing she can do as mayor is stay out of the way of business and out of the lives of citizens. She advocates a return to the personal responsibility and reduced government dependency engendered by her father.

"Mia was a perfect choice as our keynote. She is young, witty, entertaining and she crafted her presentation to meet our needs."