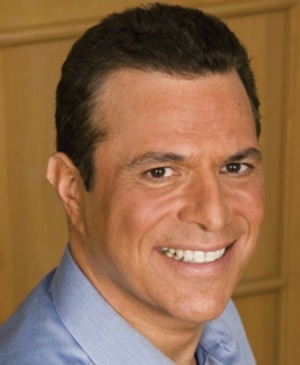 Michael Beschloss is an award-winning historian, #1 best-selling author of nine books and a regular commentator on both NBC and PBS. He co-authored with Caroline Kennedy the Number #1 New York Times best seller Jacqueline Kennedy: Historic Conversations on Life with John F. Kennedy (2011). He is currently working on a history of American Presidents in wartime from James Madison to George W. Bush, which will be published by Crown in 2015.

Newsweek has called Beschloss “the nation's leading Presidential historian.” The Charlotte Observer has said, "Michael Beschloss knows more about America's 44 presidents than perhaps anyone on earth."The New York Times Book Review has called him "easily the most widely recognized Presidential historian in the United States." Albert Hunt of Bloomberg News has called him "a national treasure." He serves as the NBC News Presidential Historian—the first time any major network has created such a position—and appears on all NBC programs. He is also a regular contributor to the PBS NewsHour. In 2005, he won an Emmy for his role in creating the Discovery Channel series Decisions that Shook the World, of which he was the host.Beschloss was born in Chicago in 1955. An alumnus of Phillips Academy (Andover) and Williams College, he also has an advanced degree from the Harvard Business School. He has been an historian on the staff of the Smithsonian Institution (1982-1986), a senior associate member at Oxford University in England (1986-1987) and a senior fellow of the Annenberg Foundation in Washington, D.C. (1988-1996).In 2007, Simon and Schuster published his book Presidential Courage: Brave Leaders and How They Changed America, 1789-1989, which was a Number #1 Washington Post best seller and a New York Times best seller for three months. The book won high praise from readers including the Kirkus Reviews editor who called it, “Engrossing. . .marvelous. . .and judicious. . . History written with subtlety, verve and an almost novelistic appreciation for the complexities of human nature and Presidential politics.”

Presidential Courage: Brave Leaders and How They Changed America

Kennedy and Roosevelt: The Uneasy Alliance

The New York Times Book Review said in a front-page review that the “vigorously written" book was "history as it was spoken at the time, and there is not a dull page.” The book was also a New York Times best seller for three months and was Amazon’s Number #1 best-selling history book of the year.

Kennedy and Roosevelt: The Uneasy Alliance

Beschloss’ first book, Kennedy and Roosevelt: The Uneasy Alliance (Norton, 1980), started as his senior honors thesis at Williams College.Mayday: Eisenhower, Khrushchev and the U-2 Affair (Harper, 1986), was called “a grand narrative. . .crowded with well-drawn portraits” byThe New Yorker. The Crisis Years: Kennedy and Khrushchev, 1960-1963 (HarperCollins, 1991), won the Ambassador Book Prize and was called by The New Yorker the "definitive" history of John Kennedy and the Cold War.

At the Highest Levels: The Inside Story of the End of the Cold War

Beschloss also co-wrote At the Highest Levels: The Inside Story of the End of the Cold War with Strobe Talbott. As literary executor for the late Newsweek columnist Meg Greenfield, he edited Greenfield’s posthumously published book Washington (PublicAffairs, 2001). Beschloss holds honorary doctorates from Williams College, St. Mary’s College (Maryland), Lafayette College, St. Peter's College and Governors State University. He has also received the State of Illinois’s Order of Lincoln and the Harry S. Truman Public Service Award from Independence, Missouri. He is a trustee of the White House Historical Association, the National Archives Foundation and the University of Virginia's Miller Center of Public Affairs. He lives in Washington, D.C. with his wife and their two sons.

"Amazing speaker.  Students and faculty would not stop talking about the incredible evening of education and entertainment."