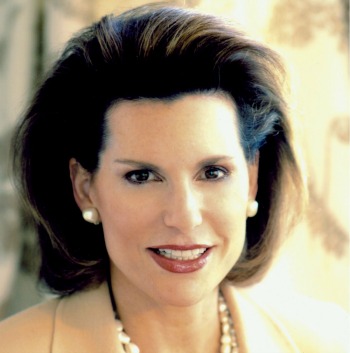 Ambassador Nancy G. Brinker is regarded as the leader of the global breast cancer movement. Her journey began with a simple promise to her dying sister, Susan G. Komen, that she would do everything possible to end the shame, pain, fear and hopelessness caused by this disease. In one generation, the organization that bears Susan′s name has changed the world.

Shortly after Susan′s death from breast cancer at the age of 36, Brinker founded Susan G. Komen for the Cure® in 1982. Brinker faced an immediate uphill battle: newspapers balked at printing the words “breast cancer,” no one talked openly about the disease, there were no 800- numbers, no internet and few, if any, support groups. Few treatment options existed for breast cancer patients and limited resources were committed to the disease. In a matter of years, Brinker broke the silence around breast cancer, and Komen for the Cure is now the world′s largest grassroots network of breast cancer survivors and activists fighting to save lives, empower people, ensure quality care for all and energize science to find the cures.

Her creativity in raising awareness led to programs that at the time were revolutionary: In 1983, she founded the Susan G. Komen Race for the Cure®, which is now the world′s largest and most successful education and fundraising event for breast cancer. She also pioneered cause-related marketing, allowing millions to participate in the fight against breast cancer through businesses that share Komen′s commitment to end the disease forever. Susan G. Komen for the Cure′s unwavering advocacy for breast cancer survivors led to new legislation and greater government research funding. To date, virtually every major advance in breast cancer research has been touched by hundreds of millions of dollars in Komen for the Cure funding.

Brinker′s determination to create a world without breast cancer is matched by her passion for enlisting every segment of society – from leaders to citizens – to participate in the battle. In 2009, President Barack Obama honored her with the Presidential Medal of Freedom, the nation′s highest civilian honor, for this work. The same year, she was named Goodwill Ambassador for Cancer Control for the United Nations′ World Health Organization, where she continues her mission to put cancer control at the top of the world health agenda.

Brinker was named one of TIME magazine′s “100 Most Influential People” in 2008. She served as U.S. Ambassador to the Republic of Hungary from 2001-2003 and most recently served as U.S. Chief of Protocol from 2007-2009 where she was responsible for overseeing all protocol matters for visiting heads of state and presidential travel abroad. In 2008, President George W. Bush appointed her to The Kennedy Center Board of Trustees.

She has received numerous accolades for her work, including the prestigious Mary Woodard Lasker Award for Public Service, the Trumpet Foundation′s President′s Award, the Independent Women′s Forum Barbara K. Olson Woman of Valor Award, the Champions of Excellence Award presented by the Centers for Disease Control, the Porter Prize presented by the University of Pittsburgh Graduate School of Public Health, the Forbes Trailblazer Award, Ladies Home Journal′s 100 Most Important Women of the 20th Century and Biography Magazine′s 25 Most Powerful Women in America.

Ambassador Nancy G. Brinker has given speeches around the world – from the United Nations European Headquarters in Geneva, Switzerland to business leaders in Moscow, Russia and at annual meetings of our nation′s largest companies. Her inspiring story of leading the global breast cancer movement from a promise made to her sister resonates with so many looking to transform businesses and organizations.

In front of countless audiences big and small, she has shared her fascinating experiences and stories as our nation′s top diplomat in Hungary in the weeks and months immediately following 9/11 and as the United States Chief of Protocol under President Bush where she had the intimate opportunity to walk the halls of the West Wing and White House Residence as she managed protocol and social matters for visiting heads of state and government.

Below are some of the topics most widely requested:

The Art of Seeing the Invisible

Drawing on her 25-year experience transforming a small living-room operation into a billion-dollar global network against breast cancer, Ambassador Nancy Brinker shares the leadership lessons that every executive and employee needs to know to build their company, energize their teams, strengthen their brand and institutionalize a Culture of Innovation that allows organizations to stay ahead of the competition and achieve world-class results. Just as her passion to find a cure to breast cancer created the world’s largest network of survivors and activists fighting the disease, Ambassador Brinker motivates corporate audiences in every industry and sector to excel in “The Art of Seeing the Invisible”—pursuing bold goals that may seem invisible and making them inevitable.  Ideal audiences: senior executive retreats and company annual meetings.

The Power of One

One of the nation’s foremost “social entrepreneurs” and a global activist who has inspired millions around the world, Ambassador Nancy Brinker empowers audiences of all ages and backgrounds to embrace “The Power of One”—the ability of every individual to make a difference in their communities, companies, countries and the world. Drawing on her remarkable life experience as a breast cancer survivor, catalyst of an international health movement and U.S. ambassador, Nancy Brinker shares how her unique lessons for personal and professional fulfillment can help every individual lead a life of both success and significance.  Ideal audiences: personal/professional development conferences.

A former member of the President’s Cancer Panel and one of America’s foremost patient advocates for a quarter century, Ambassador Nancy Brinker addresses the key challenges facing the delivery of affordable, accessible healthcare in the United States today. Drawing on her pioneering experience of transforming the way the world talks about and treats breast cancer—and warning how the baby boom will become an unprecedented “cancer boom”—Ambassador Brinker argues that today’s “Patient Empowerment Revolution” will only succeed if patient-centered care becomes the central organizing philosophy of a 21st Century healthcare system.  Ideal audiences: healthcare industry and associations.

One of Biography Magazine’s “25 Most Powerful Women in America” and Ladies Home Journal’s “100 Most Important Women of the 20th Century,” Ambassador Nancy Brinker energizes women executives, entrepreneurs and business owners to overcome the unique challenges facing female business leaders and seize the unprecedented opportunities of today’s business world. Drawing on her own experience of founding, building and guiding the world’s largest network of breast cancer survivors and activists, Ambassador Brinker inspires women to be “Brave Enough” to pursue their professional ambitions, persevere in the face of barriers and become mentors and models to the next generation of women leaders.  Ideal audiences: women’s business conferences/meetings.

As one of the world’s foremost cancer advocates, a three-decade cancer survivor and catalyst of the global grassroots breast cancer movement, Ambassador Nancy Brinker inspires cancer patients and their families to win their personal war with this devastating disease while urging the international community to recognize and confront the coming “cancer tsunami.” Warning that the global cancer burden will more than double in the coming decades—with perhaps 27 million cancer cases every year—Ambassador Brinker calls for a unprecedented and urgent international campaign to save the lives of millions around the world.

The Art of Seeing the Invisible

The Power of One

"Ambassador Brinker delivered an amazing speech!  The audience was empowered and engaged.  We could not have asked for anything else..."