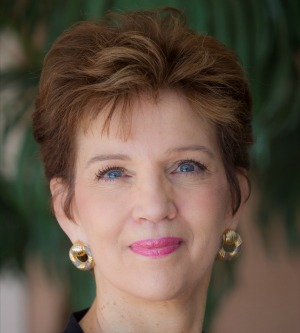 Years earlier her political activism began as a result of serving on her County Planning Board & Zoning Commission, which drove her to advocate for private property rights versus the intrusive power of bureaucracy and government. She owned a real estate company, and was elected by her peers to represent her state on the National Board of Directors of the Realtors Association where she served on the Federal Taxation Committee, furthering her activism. After just 3½ years in the business in Western Montana, Schulze was named the “Salesperson of the Year”.

She was married to Montana’s Secretary of State, Jim Waltermire, who was re-elected by the highest majority ever recorded for a Republican in the history of statewide elections. Schulze was the Director of Volunteers for her husband’s gubernatorial campaign, the publisher of his Campaign Newsletter, a member of her husband’s Kitchen Cabinet and his primary surrogate speaker. Jim was the President of the National Association of Secretaries of State and frontrunner for Governor when he and his pilot lost their lives in a plane crash on a campaign trip.   In the wake of her husband’s death, the courtesy and kindness of George H.W. Bush propelled Schulze to raise more funds for the Bush Presidential campaign than all other efforts combined in her state. The following year she founded the Montana Student Leadership Conference as a Memorial to her late husband, and served as the Assistant Secretary of the Montana Senate.

She became the Eastern U.S. Director of Conferences for New York Times bestselling authors, Drs. Minirth and Meier, national radio talk show hosts and founders of the largest nationwide network of counseling and treatment centers in the country at the time. In 18 months Schulze produced conferences in 8 eastern cities before she married 9-term Congressman, Dick Schulze, twice Chair of the Republican Study Committee, one of “The Reagan 13” and Founder of the Congressional Sportsmen’s Caucus and Foundation, now the largest caucus in the U. S. Congress.

Schulze returned to singing, with performances from the Rotunda of the Capitol, to Galas honoring First Ladies Laura Bush and First Lady Barbara Bush, to the Inaugural Prayer Service for the Induction of the U.S. Congress. Nancy’s one woman show of Patriotic and World War II music received standing ovations in Statuary Hall in the U.S. Capitol.   Singing has taken Nancy to over a dozen countries, including USO Tours - one as “Molly” in “The Unsinkable Molly Brown”. She was the singer and speaker for Governor George Pataki’s Inaugural Prayer Breakfast in New York, and has spoken or sung for many National Prayer Breakfast events.

Other speaking has included the National Republican Women’s Summit in W.D.C., keynoting for the “Women Impacting the Nation” Conference, The Global Pastors Wives Conference & the Christian Women in Media Assn. Schulze has spoken on behalf of candidates for Congress, the Senate and the Presidency. Members of Congress have created events for their constituents to hear what she has to say.

She is one of Chuck Colson’s Centurions, having graduated from his one year intensive master’s level study of worldview in 2010. Centurions propelled Nancy to found the American Prayer Initiative with Vonette Bright, Co-Founder of Campus Crusade for Christ and widow of the late Dr. Bill Bright. (www.AmericanPrayerInitiative.org)

"Nancy was a gift to our program.  She was amazing as a singer and when she turn to her remarks, she delivered great content laced with humor. A perfect evening speaker"