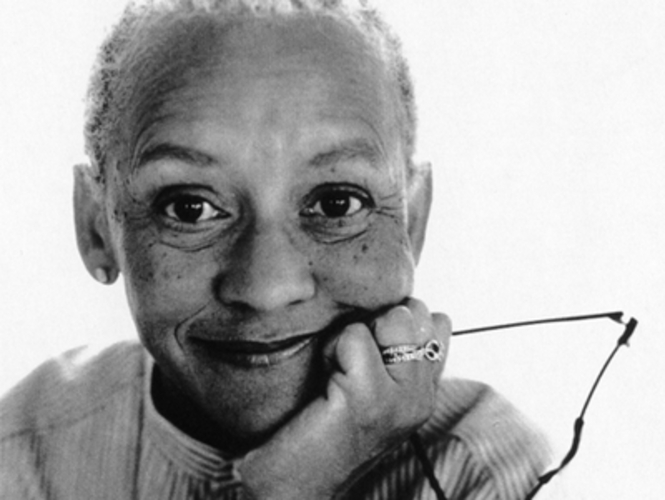 Nikki Giovanni was born in Knoxville, Tennessee, and grew up in Lincoln Heights, an all-black suburb of Cincinnati, Ohio. She and her sister spent their summers with their grandparents in Knoxville, and she graduated with honors from Fisk University, her grandfather's alma mater, in 1968; after graduating from Fisk, she attended the University of Pennsylvania and Columbia University.

She published her first book of poetry, Black Feeling Black Talk, in 1968, and within the next year published a second book, thus launching her career as a writer. Early in her career she was dubbed the "Princess of Black Poetry," and over the course of more than three decades of publishing and lecturing she has come to be called both a "National Treasure" and, most recently, one of Oprah Winfrey's twenty-five "Living Legends."

Many of Giovanni's books have received honors and awards. Her autobiography, Gemini, was a finalist for the National Book Award; Love Poems, Blues: For All the Changes, Quilting the Black-Eyed Pea, Acolytes, and Hip Hop Speaks to Children: A Celebration of Poetry with a Beat were all honored with NAACP Image Awards. Blues: For All the Changes reached #4 on the Los Angeles Times Bestseller list, a rare achievement for a book of poems.

Shortly after its release, Bicycles: Love Poems reached #1 on Amazon.com for Poetry. Giovanni's spoken word recordings have also achieved widespread recognition and honors. Her album Truth Is On Its Way, on which she reads her poetry against a background of gospel music, was a top 100 album and received the Best Spoken Word Album given by the National Association of Radio and Television Announcers. Her Nikki Giovanni Poetry Collection, on which she reads and talks about her poetry, was one of five finalists for a Grammy Award.

Culture and the Arts

Blues: For All the Changes

Hip Hop Speaks to Children: A Celebration of Poetry with a Beat

"Nikki was superb.  Her energy and enthusiasm for life is contagious!  We enjoyed her remarks and would recommend her to anyone."