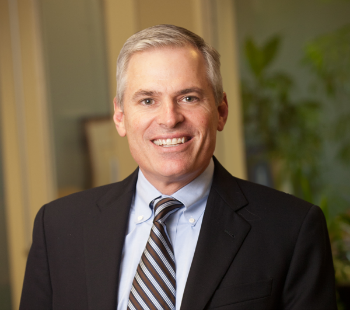 Pat is the founder of The Table Group and the author of 10 books which have sold over 4 million copies and been translated into more than 25 languages. The Wall Street Journal called him one of the most sought after business speakers in America; he has addressed millions of people at conferences and events around the world over the past 15 years. Pat has written for or been featured in numerous publications including Harvard Business Review, Inc., Fortune, Fast Company, USA Today, The Wall Street Journal and BusinessWeek.

As CEO, Pat spends his time writing book and articles related to leadership and organizational health, speaking to audiences interested in those topics and consulting to CEOs and their teams.

Prior to founding The Table Group, Pat worked at Bain & Company, Oracle Corporation and Sybase. Pat lives in the Bay Area with his wife and four boys.

The Untapped Advantage of Organizational Health

Addressing the model in his latest book, The Advantage, Pat makes the overwhelming case that organizational health “will surpass all other disciplines in business as the greatest opportunity for improvement and competitive advantage.” While too many leaders are still limiting their search for advantage to conventional and largely exhausted areas like marketing, strategy and technology, Pat claims there is an untapped gold mine sitting right beneath them. Instead of trying to become smarter, he asserts that leaders and organizations need to shift their focus to becoming healthier, allowing them to tap into the more-than-sufficient intelligence and expertise they already have. He defines a healthy organization as one with minimal politics and confusion, high degrees of morale and productivity, and low turnover among good people. Drawing on his experience consulting to some of the world's leading teams and reaffirming many of the themes cultivated in his other best-sellers, Pat will reveal the four steps to achieving long-term success.

The Five Dysfunctions of a Team

According to Pat, teamwork remains the ultimate competitive advantage, both because it is so powerful and so rare. He makes the point that if you could get all the people in an organization rowing in the same direction, you could dominate any industry, in any market, against any competition, at any time. Based on his runaway best-seller, The Five Dysfunctions of a Team, Pat uncovers the natural human tendencies that derail teams and lead to politics and confusion in so many organizations. Audience members will walk away with specific advice and practical tools for overcoming the dysfunctions and making their teams more functional and cohesive.

How to Keep Your Best People

In this talk, Pat addresses perhaps the most timeless and elusive topic related to work: job misery. Based on his book, The Three Signs of a Miserable Job, Pat delivers a message that is as revolutionary as it is shockingly simple. He dismantles the root causes of frustration and anguish at work: anonymity, irrelevance and immeasurement. In doing so, he provides managers at all levels with actionable advice about how they can bring fulfillment and meaning to any job in any industry. Whether you’re an executive looking to establish a sustainable competitive advantage around culture, a manager trying to engage and retain your people, or an employee who has almost given up on finding fulfillment in your work, this talk will prove immediately invaluable.

Based on the principles in Getting Naked, Pat presents a counterintuitive approach to client service that yields uncommon levels of trust and loyalty. ‘Naked Service,’ as Pat calls it, provokes consultants and service providers to be completely transparent and vulnerable with clients and to avoid the three fears that ultimately sabotage client allegiance. Learn principles like ‘enter the danger,’ ‘tell the kind truth,’ and ‘always consult instead of sell.’ Whether you are an internal or external consultant, financial advisor or anyone else serving long-term clients—you will glean some powerful tools for overcoming the three fears, and establishing a fiercely loyal client base.

How to Keep Your Best People

The Five Dysfunctions of a Team

The Untapped Advantage of Organizational Health

"Lencioni’s organizational health principles and practices allowed our organization to tap into its intellectual capital and talent like never before. We are seeing organizational transformation right before our eyes."