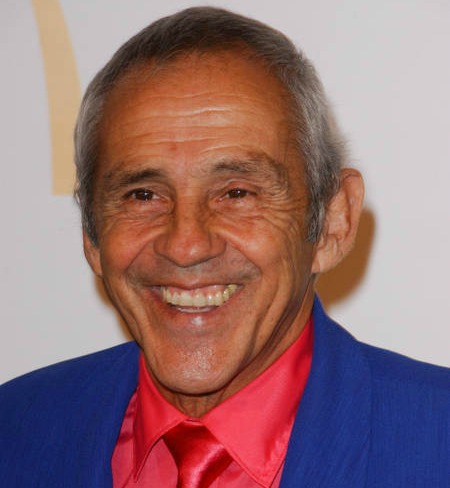 Veteran actor and Master Teacher Pepe Serna has appeared in more than 100 feature films and 300 television shows. He has also lent his vocal talents to the Fox hit series "The PJ's." Serna played the part of Sanchez, who speaks with the aid of a voice box and is the only Hispanic cast member of the zany inner city characters created by Eddie Murphy. Recently, Serna starred in the controversial "Kingpin" on NBC.

Pepe Serna is a beloved college and university circuit speaker who tours the nation as a motivational keynote speaker.

Serna is best known for his performances in several motion pictures, most notably "Scarface" with Al Pacino. In fact, the incredible popularity of this film has turned it into a cult classic, and items relating to "Scarface" are now in great demand, as proven recently on E-bay. Other films for which Serna is best known include "The Rookie" with Clint Eastwood; "American Me" with Edward James Olmos; "Silverado" with Kevin Costner; and the widely recognized Science Fiction classic "Buckaroo Banzi." The actor has also had the distinct honor of having played Jennifer Lopez's father in two CBS series: "Second Chances" and "Hotel Malibu" just before her ascent to super stardom.

After many years in front of the cameras, Serna took his talents behind the scenes as an associate producer for the widely acclaimed independent film "Luminarias."

Read the feature article on Pepe Serna in the Feb/March 2102 issue of Metanoia Magazine here.

This Renaissance Man of the Millenium is also an accomplished artist, who began painting with the encouragement of his wife Diane, whom he met in 1969. His paintings reflect the vibrant and tropical colors of Mexico, and his artwork hangs in galleries and in the homes of art aficionados throughout the Southwest. He was recently commissioned by the Los Angeles Annenberg Metropolitan Project and the Mark Taper Foundation to paint an inspirational canvas on the subject of reading. It was turned into a poster and given to students in the Los Angeles Unified School District.

Pepe Serna was discovered by the legendary producer, Hal Wallis, who also discovered other young talents like Burt Lancaster, Kirk Douglas, and Elvis Presley. He has been honored by the  Screen Actors Guild Heritage Achievement Award; the League of United Latin American Citizens, and the prestigious Estrella Award for Arts & Culture from the Orange Country Hispanic Chamber of Commerce.

A native of Corpus Christi, Texas, Serna continues touring the nation with his one-man show "Ruco Chuco Cholo Pachuco," and "A Conversation with Pepe Serna" where he shares his insights on diversity, tolerance, and show business.

In this program, teachers and students learn and use Improv techniques under the direction of renowned artist, Pepe Serna, achieving creative and empowering skills applicable to their lives and work.

Pepe Serna has appeared in over 100 films, 300 TV shows, and has been a motivational speaker for over 40 years. With the Character Education through Breakthrough Improv program, Pepe Serna is now concentrating on our youth to help motivate and inspire them toward academic achievement. This program allows students to explore who they are, where they come from, and apply this knowledge to help them do their best. Principals and school administrators report these programs align with the mission of school districts and energize students with a long term impact on education results.

"Pepe was magnificent!  He inspired, educated, entertained, challenged us all. A perfect 10 speaker!"