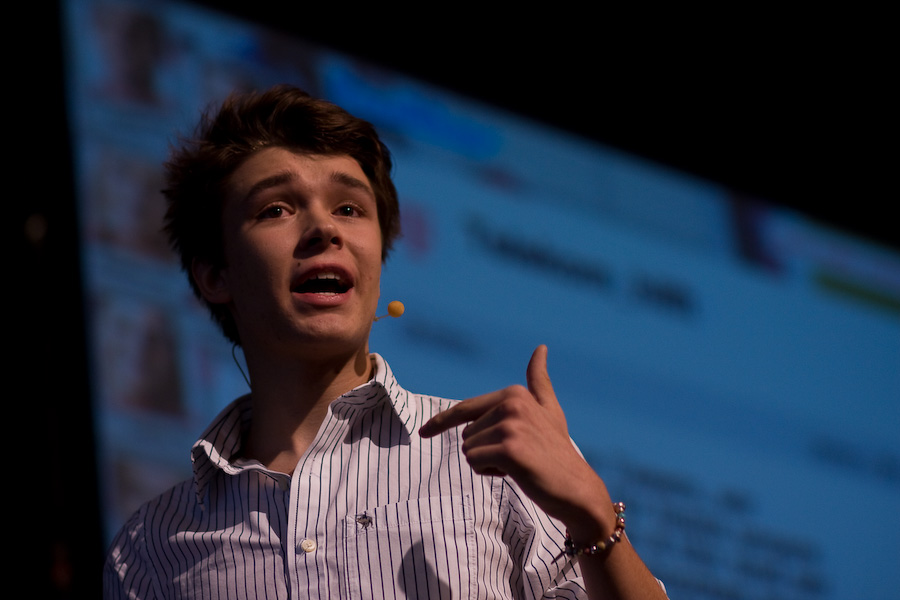 Philipp Riederle (born October 9, 1994 in Munich) is a German podcaster. He became famous with his podcast “Mein iPhone und Ich…” (My iPhone and me), with which he reaches over one million viewers each year. Therein he is talking about the iPhone and presents applications for smartphones.

This made him one of the most successful podcasters in German language. At the age of fifteen he founded a one-person company to market his business. In 2010 Riederle who is better known as “Phipz” on the internet started a second podcast called “Mein iPad und Ich…” (My iPad and me). His projects are sponsored by an internet reseller. The room which once was his grandfather’s basement is now used as a professional studio with Greenscreen technology. Because of his success, major cooperations have invited him to give lectures about social networking and the new generation of digital natives. He attends the Dossenberger-Gymnasium in Günzburg. He lives in the town of Burgau with his family