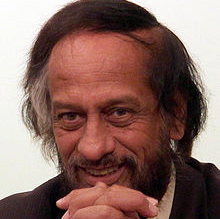 Dr. Rajendra Kumar Pachauri is the chair of the Nobel Peace Prize-winning Intergovernmental Panel on Climate Change (IPCC). The IPCC is the scientific intergovernmental body that provides the public with an objective source of information about climate change. He is also director general of The Energy and Resources Institute (TERI), a major independent research organization providing knowledge on energy, environment, forestry, biotechnology, and the conservation of natural resources.

Dr. Pachauri is a prominent researcher on environmental subjects, and is recognized internationally for his efforts to increase and disseminate greater knowledge about man-made climate change and to lay the foundations for the measures that are needed to counteract this change. Since July 2009, he has also been the director of the Yale Climate and Energy Institute.

He is active in several international forums dealing with the subject of climate change and its policy dimensions. He was awarded the second-highest civilian award in India, the Padma Vibhushan, in January 2008 by the President of India. In 2006, he received the Officier de la Légion D'Honneur from the Government of France.

The Future of Energy

"Powerful presentation. A good debate on the issues."