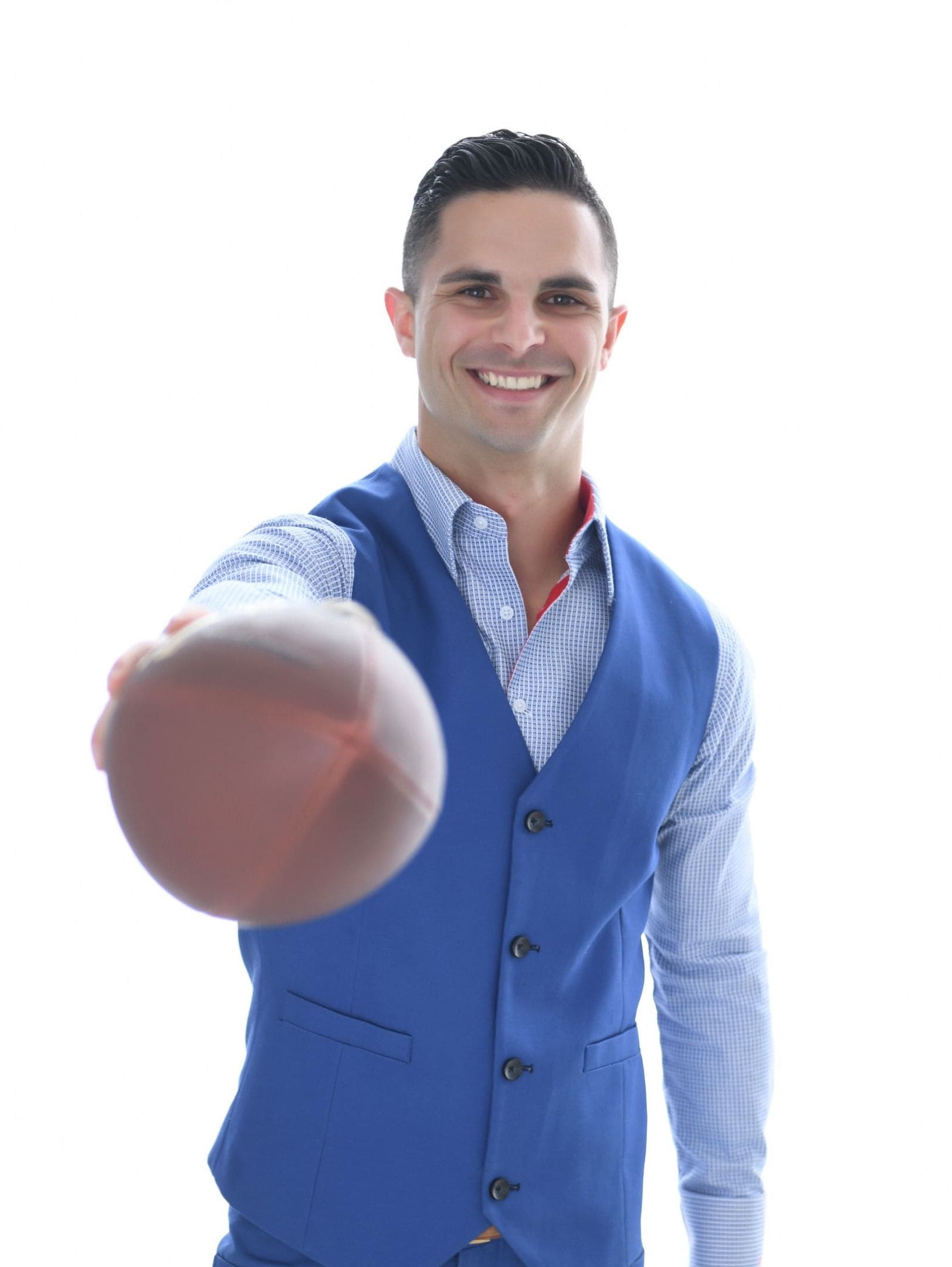 On August 21st, 2009, at an intimidating 5’7″ and a hefty 150 pounds, Richie Contartesi achieved his first major life dream by earning a full Division-1 football scholarship to the University of Mississippi more commonly known as “Ole Miss”.

During his formative years, adversity hit home and rocked the foundation of his life, his parent’s divorce. The impact of the divorce had a devastating effect on Richie, resulting in failing 5th grade, acting out in school, depression, and even contemplating suicide.

At rock bottom and with no hope, Richie decided to search the internet and found the academic requirements for his childhood dream, playing college football. That night changed his life. With no knowledge of goals and planning, he printed out those requirements, wrote down a goal, expressed a vision, and developed a plan to achieve it.

Richie was never the smartest, the biggest, nor the most talented. At 12 years old, he was fortunate to have a caring mentor enter his life. A mentor who saw something special and helped Richie recognize and develop his potential during middle and high school. Unfortunately, Richie broke his leg during his senior year of high school and coupled with his size, he had no chance of playing Division-1 college football.

Richie’s first attempt to play college football, at a Division 2 football program, ended after a year and he was cut from the team. Richie reached out to his old mentor and found out he had just received a coaching internship for the Ole Miss Football Team. The strong mentor relationship and trust built over the years, helped Richie “get a real shot” to make the Ole Miss football team as a “walk-on”, and an opportunity of playing with the most gifted and talented football players in the country.

Richie earned a one hour tryout and made it as a “walk-on” football player. Despite grinding through three years of grueling physical practices, failure, rejection, and ridicule, his relentless hustle earned him the right to be a starter, a respected teammate, and “In Spite of the Odds” became a Division-1 football scholarship athlete in the powerhouse South Eastern Conference (The SEC). He also went on to earn the SEC Scholar Athlete award.

After his graduation from Ole Miss, Richie played professional Arena football, authored his #1 bestseller, “In Spite of the Odds”, built a successful speaking and professional development business, started a real estate investment company, and opened the only 24/7 functional fitness facility in Las Vegas.

With new parenting practices, the emergence of technology, politics, and social media, Richie understands and has empathy for today’s bullied, depressed, anxious, and overwhelmed teens. He has walked in their shoes and can relate in a way that reaches their hearts and minds.

In a culture plagued with entitlement and blame, Richie authentically shares his life experiences and inspires his audience to realize that the journey to success is built on strong character, a clear vision, patience, accountability, and by taking ownership for your choices and actions.

Today, students will see a man who overpowers adversity and say’s “Bring it on”. You will be inspired by Richie’s relentless resilience to succeed, as he shares his principles and techniques to help you overcome adversity and all it’s setbacks on the destination to achieving your goals and living a life of meaning.

In Spite of the Odds

I was fascinated with Richie’s presentation. I was amazed to see all the students 9th-12th grade listen to his whole presentation. They were intrigued and on the edge of their seats for over an hour. For over 2 weeks, I had people coming up to me and thanking me for bringing him in. Amazing!