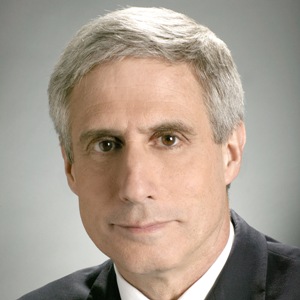 For over a quarter of a century, Americans have consistently turned to four-time Emmy Award winner Robert Bazell—NBC News’ chief science and medical correspondent—for trusted health advice and unparalleled coverage of the medical, science and technology topics impacting us all. Bazell’s mission to shed light on the most challenging diseases affecting Americans, along with the latest treatment options and scientific breakthroughs, has provided millions with access to critical lifesaving information.

Appearing frequently on NBC Nightly News, Today and Dateline NBC, Bazell never shies away from addressing the public’s top health concerns. As one of the first network correspondents to cover the emerging global AIDS epidemic in the 1980s and a resolute champion of emerging cancer treatment research, Bazell was recognized with the prestigious George Foster Peabody Award for exemplifying “the best reporting on science and medicine.”

Bazell is also the recipient of numerous journalism accolades including the Alfred I. duPont-Columbia Award, Maggie Award, Gracie Award and the Edward R. Murrow Award. His book, HER-2: The Making of Herceptin, A Revolutionary Treatment for Breast Cancer, was made into a 2008 Lifetime movie, Living Proof. Believing strongly that the “general public doesn’t need to earn a science degree to understand today’s scientific developments,” Bazell reveals how business, government and education systems have a collective impact in eradicating our most pressing health issues.

Audiences will gain critical insight and an honest, comprehensive depiction of the most formidable challenges and medical successes of the 21st century, along with a preview into what the future holds for the health of humankind.

Robert Bazell donates all of his fees to charity. After 38 years at NBC, Bazell will be leaving the network by September 1, 2013 to join the faculty at Yale University where he will serve as an adjunct professor in the Department of Molecular, Cellular and Developmental Biology.

The Health of America Audiences

HER-2: The Making of Herceptin, A Revolutionary Treatment for Breast Cancer