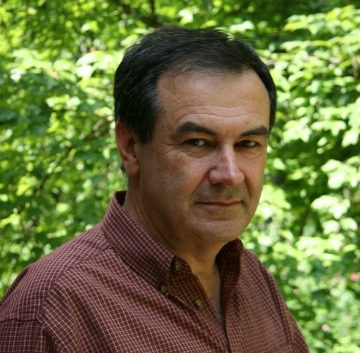 After his 17-year-old son Joshua committed suicide, Ron Papparldo began working in the field of suicide prevention. He wrote and published a book, Reconciled by the Light, that recounts his experience and the lessons he learned regarding healing from grief, overcoming depression, and the power of forgiveness.  Ron’s work has brought him to countries as diverse as Japan, Uzbekistan, Russia, Ukraine, Great Britain, and Honduras.

He has been a guest lecturer at numerous schools including Duke University, St. Petersburg State University, Russia, and Shaw University Divinity School. Ron has been a guest on several TV and radio programs. He is a writer whose articles have appeared in newspapers throughout North Carolina, including The News and Observer (Raleigh), the Greensboro News and Record, andThe Wilson Daily Times.

Pappalardo was born in Los Angeles, California, the offspring of Italian and Irish immigrants.  He received his undergraduate in history from the University of the State of New York's Regent's College, and did graduate studies  in religious education at the Unification Theological Seminary in New York.

Ron has spent years working with students all over the world, promoting understanding and cooperation between young people of all nationalities, religions, and ethnicities. In the 1990’s, he worked with thousands of students from the countries of the former Soviet Union, speaking on their campuses and hosting them in the United States for International Leadership seminars.

In 2001, he was given an award by the “Centro para la Paz y la Cultura” (Center for Peace and Culture) recognizing his achievements in getting students from Europe, Asia, North America, and Latin America to work together on service projects in Honduras.