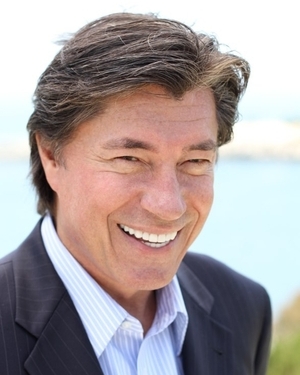 Ross Shafer grew up in the Pacific Northwest and graduated from the University of Puget Sound in Tacoma, Washington, where he studied business management and played varsity football (linebacker). After college, he took a job as a training manager for a department store (Yard Birds) and was able to save $10,000. He took that money and launched his life as an entrepreneur. His first venture was as the owner/manager of America's only stereo and pet shop in the small town of Puyallup, Washington (population 5,000 at the time).

Cleaning pet cages wasn't as appealing as it sounded to Shafer, so after three years he closed the store and took a job as an advertising manager for the 28-store Squire Shops retail clothing chain in Seattle, Washington. Writing ad copy and concocting campaigns paid the bills, but at night Shafer haunted local comedy clubs in search of a career in joke telling. After years of slogging around the comedy circuit, he won the Seattle International Comedy Competition and immediately became an opening act for performers like Crystal Gayle, Eddie Rabbitt, Nell Carter, Neil Sedaka, and Dionne Warwick.

In 1985, Shafer pitched a TV show idea to the NBC affiliate in Seattle (KING). It was a risky idea to emulate a local Letterman-like comedy talk show. Regardless, Almost Live was born and for the next five seasons Shafer hosted the show while he and his team collected 36 Emmys. They won the Esquire Magazine dubious Achievement Award one year for attempting to change the Washington State song to "Louie, Louie." During those years Shafer also hosted an afternoon drive radio show on the 50,000 watt KJR-AM.

In 1988, Ross Shafer was wooed by the Fox network to take over The Late Show. The Late Show was a nightly talk show that competed with The Tonight Show and David Letterman. The show lasted a year and Shafer next found himself in New York co-hosting Days End on the ABC network. It was here that he sat beside Matt Lauer and Spencer Christian as they interviewed the movers and shakers of New York and the world. Dick Clark told Shafer, "Always have a backup plan, my boy, TV is terminal," and predictably Days End was cancelled.

The next stop for Shafer was hosting the revised Match Game on the ABC network. Love Me, Love Me Not followed and numerous TV pilot projects.

By this time, Shafer was headlining all of the leading night clubs and casinos. He produced a highly acclaimed comedy album about the Clinton administration titled Inside the First Family. He also wrote a comedy cookbook that became a bestseller, Cook Like a Stud, which included 38 recipes men can prepare in the garage with their own tools.

Nobody Moved Your Cheese

Are You Relevant? 12 Reasons Smart Organizations Thrive in Any Economy

"Relevant. Energizing. Hilarious. Custom. Unconventional. Edifying. Even your senior leaders will be blown away by his original approach."

--Meeting Executive, US Chamber of Commerce