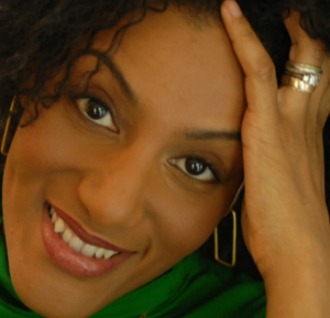 Sarah Jones was educated at Bryn Mawr College and the United Nations International School, Sarah recently returned to her UN School roots by becoming a UNICEF Goodwill Ambassador, traveling as a spokesperson on violence against children, and performing for audiences from Indonesia to Ethiopia, the Middle East and Japan. Winner of the 2007 Brendan Gill Prize, Jones has also received grants and commissions from The Ford Foundation, NYSCA, the W. K. Kellogg Foundation, and others, and theater honors including an Obie Award, a Helen Hayes Award, two Drama Desk nominations, and HBO’s US Comedy Arts Festival’s Best One Person Show Award, as well as an NYCLU Calloway Award in recognition of Jones as the first artist in history to sue the Federal Communications Commission for censorship.

The lawsuit resulted in reversal of the censorship ruling, which had targeted her hip-hop poem recording, “Your Revolution.” A regular uncensored guest on public radio programs such as Fresh Air and Studio 360 with Kurt Andersen, Sarah has also made numerous TV appearances on programs including Charlie Rose, The Today Show, CBS Sunday Morning, Live with Regis and Kelly, Now on PBS, and on Sesame Street as ‘Ms. Noodle’ on Elmo’s World.

Most recently, Jones was invited by First Lady Michelle Obama to perform at The White House in celebration of Women’s History Month. She is currently at work on a commission for Lincoln Center Theater and is developing a television project based on her characters.

"Fantastic program.  Sarah was perfect.  The audience enjoyed and appreciated her efforts in preparing to the needs of our organization."