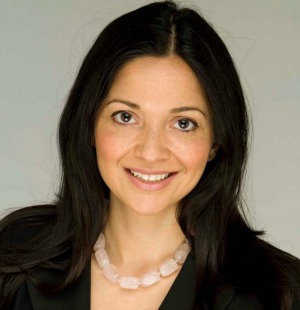 Selena Rezvani is a women and leaderhip expert. She is also a recognized author, speaker, and consultant on women and leadership. She is the founder and president of Women's Roadmap, a consulting firm whose goal is to propel more women into leadership positions and to help companies position an inclusive workplace as a competitive advantage.

Rezvani established Women's Roadmap while writing her debut book, The Next Generation of Women Leaders: What You Need to Lead but Won't Learn in Business School (Praeger, 2009), and after identifying the need for Generation X and Y women to be seen as a viable talent pool and leadership pipeline. Her newest book, Pushback: How Smart Women Ask — and Stand Up — for What They Want (Jossey-Bass, 2012) focuses on the unmatched power of negotiation skills in women's career advancement.

Her experience and success in the women and leadership arena make Rezvani a frequent resource for news media and an in-demand business speaker. She has been quoted, interviewed, and profiled by CareerBuilder, The Wall Street Journal, ForbesWoman, Jezebel, NBC television, and ABC television. She is a regular commentator on NPR's nationally syndicated The 51% Perspective and blogs for Forbes.com.  In addition, Rezvani writes a much talked about column on women and leadership for The Washington Post, for which she won the coveted Jane Cunningham Croly Award for Excellence in Journalism Covering Issues of Concern to Women in 2012.

Selena received her Bachelor of Science and Master of Social Work degrees from New York University, and has an MBA from Johns Hopkins, where she graduated first in her class.

An Evening with Selena Rezvani

The Next Generation of Women Leaders: What You Need to Lead but Won't Learn in Business School

Pushback: How Smart Women Ask — and Stand Up — for What They Want

"As producer and host of a weekly show carried on NPR, CBS, Sirius and Armed Forces Radio, Selena is a rare jewel. Month after month, she reliably and creatively provides commentaries on women, leadership and business, and she REALLY knows her stuff."