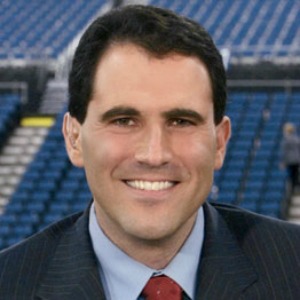 Seth Davis joined CBS Sports in 2003 as a contributor for At The Half, the Network's halftime show during regular-season basketball coverage. Now an analyst for At The Half, he is also a contributor for CBS Sports’ coverage of the NCAA Men's Basketball Championship. Since 2004, Davis has also served as an analyst for CBS Sports Network (formerly CSTV) and is currently host of “Courtside with Seth Davis”. He is Senior Writer for Sports Illustrated and has contributed to the magazine's Golf Plus since 1995.

Davis is a regular contributor to SI.com, where he authors his popular "Hoop Thoughts" column. Prior to joining Sports Illustrated, he spent three years at the New Haven Register, covering primarily local sports, the NFL, NBA and college basketball. In March, 2009 his second book When March Went Mad: The Game That Changed Transformed Basketball was released. He is also the author of a memoir, Equinunk, Tell Your Story: My Return to Summer Camp, which was published in 2003 by Chandler House Press. Davis graduated in 1992 with a degree in political science from Duke University where he served as a sports columnist for The Chronicle.

He has performed stand-up comedy in various clubs throughout New York City. Born in Connecticut and raised in Potomac, Maryland, he currently resides in Connecticut with his wife, Melissa and their three children.

An Evening with Seth Davis

When March Went Mad: The Game That Changed Transformed Basketball

Equinunk, Tell Your Story: My Return to Summer Camp