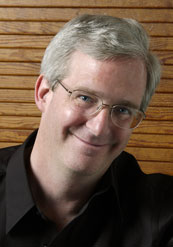 Shawn Christopher Shea, M.D. is an internationally acclaimed workshop leader and innovator in the fields of suicide prevention, building resiliency, clinical interviewing, and improving medication adherence having given over 850 presentations worldwide. He is the creator of the highly acclaimed interviewing strategy for uncovering suicidal ideation and intent - the Chronological Assessment of Suicide Events (the CASE Approach). His other clinical interviewing innovations, including facilic supervision, macrotraining, and the Medication Interest Model (MIM) have been adopted around the world with his writings being translated into a variety of languages as diverse as French, Greek, Japanese, and Chinese.

Dr. Shea has been a recipient of an Outstanding Course Award presented by the American Psychiatric Association for his presentations at their annual meetings. He is a frequent presenter at the annual meeting of the American Association of Suicidology and at the Cape Cod Symposium where his course has received the highest evaluation of the thirty courses featured over the summer. He has also presented at the Psychiatric Congress, the Santa Fe Symposium, the Door County Summer Institute, and the Muskoka Summer Seminar Series from McMaster University. Dr. Shea has been a guest lecturer at numerous academic centers including the Harvard School of Medicine, McGill University, and the Mayo Clinic.

In addition to his workshops on suicide prevention and clinical interviewing, Dr. Shea provides motivational talks in business settings, for the general public, and on college campuses. He has provided the commencement address for Antioch University of New England as well as presenting to student audiences on finding resiliency and compassion in difficult times at institutions such as Dartmouth, Bryn Mawr, and George Washington University. Within the college and university setting, he has also presented workshops on clinical interviewing techniques for spotting suicide at a variety of student counseling centers from the University of Vermont to Virginia Tech.

A respected consultant on preventing suicide in the military, Dr. Shea has presented and/or consulted to facilities across the nation from the DoD and Tripler Army Base to a variety of VISNs and Vet Centers. He specializes in innovations for uncovering suicidal ideation and building resiliency that can be of value to our forces engaged or returning from OIF, OEF, and Pakistan as well as our veterans and their families.

Dr. Shea is the author of six books and numerous articles including one of the classic texts in the field of suicide prevention, The Practical Art of Suicide Assessment. Both editions of his book, Psychiatric Interviewing: the Art of Understanding, have been chosen by the Medical Library Association for the Brandon/Hill List as one of the 16 most important books in the field of psychiatry.

His book on creating resiliency in difficult times, Happiness Is., was chosen as a Brodart Library Gem, a Bowker's title to Watch, and as the Philosophy Book of the Month by the Radical Academy. Former Surgeon General C, Everett Koop, M.D., Sc.D. provided the foreword to Dr. Shea's latest book, Improving Medication Adherence: How to Talk with Patients About Their Medications which, in 2009, was chosen for Doody's Core Titles list of the most important books in the fields of medicine and nursing.

Dr. Shea is the Director of the Training Institute for Suicide Assessment and Clinical Interviewing, a training and consultation service providing workshops, consultations, and quality assurance design in mental health assessments. He is also an Adjunct Assistant Professor of Psychiatry at the Dartmouth Medical School.

The Practical Art of Suicide Assessment.

Psychiatric Interviewing: the Art of Understanding

Improving Medication Adherence: How to Talk with Patients About Their Medications

"Easy to follow, beautifully organized. Both tremendously practical and tremendously fun. It was the most informative workshop I've ever attended."

"I've been coming to the Cape Cod Symposia for many summers and, simply put, Dr. Shea's presentation was the best yet. Practical, fun, and of immediate use."

"The most clinically relevant workshop I've ever attended. I can recommend it strongly for both the novice and seasoned clinician."