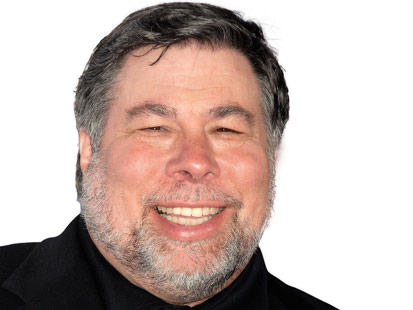 Steve Wozniak is a star of the Silicon Valley community. For over three decades, Wozniak’s contributions have forged the path for the future of computing technology. His extensive philanthropic work has opened doors of opportunity for future generations of creative thinkers and thought-leaders.

Wozniak started the personal computing industry with the Apple I computer. Along with Apple co-founder Steve Jobs, Wozniak went on to develop the Apple II, a computer that ignited demand for personal computers and inspired the now widely-loved Macintosh computing brand.

Amidst his successes in the world of technology, Wozniak has also made it his mission to give back to his community through many philanthropic efforts over the years. By investing both money and time, Wozniak’s main aim is to empower students to engage and interact creatively with computer technology.

Wozniak fully funds the computer technology program of the Los Gatos School District, providing the latest and most-up-to-date equipment along with personal technical support. He has founded many other organizations dedicated to the advancement of future generations, including the Electronic Frontier Foundation and the Children’s Discovery Museum of San Jose.

Currently, Wozniak acts as the Chief Scientist for Fusion-IO, a Utah-based server company. He has also recently authored and autobiography, titled, iWoz: From Computer Geek to Cult Icon, which landed on the New York Times bestseller list in 2006. He has made multiple media appearances, including such hit shows as The Big Bang Theory and Dancing With The Stars.

One of the best and most lauded futurist speakers, Wozniak’s presentations are centered on the concepts of invention, learning, and the path of the entrepreneur. For every keynote, Wozniak tailors his content appropriately through direct collaboration with the host to create a speech that is informative, relevant, and eye-opening. Audiences can expect to experience a night of incredible discovery, led by the inspiring mind of a Silicon Valley legend.

How to Foster Creativity and Innovation

"Steve Wozniak was a great choice for our program. the audience was delighted.  We could not have asked for a better keynote address."