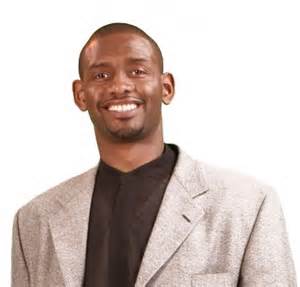 Terry L. Dozier is a retired professional athlete who enjoyed a successful 12-year career playing basketball around the world. His career began in 1989 when the then Charlotte Hornets recognized his proven ability to compete in the National Basketball Association (NBA) while still a senior playing for the University of South Carolina Gamecocks. Terry wisely accepted a short-term contract to play for the Hornets, which marked only the genesis of a worldwide and accomplished athletic career.

The NBA platform exposed Terry to a broad band of international basketball organizations including NBL (National Basketball League). When his contract ended with the Hornets, Terry traveled abroad to join the NBL and began an international trail of record-setting achievements. Terry has played for teams in Australia, Japan, Israel, Italy, Cyprus, England and in the CBA (Continental Basketball Association). While in Japan, he led his team to a championship title.

Championship titles and all-star performances are common achievements that date back to Terry’s childhood. He was born in Baltimore, Maryland where he led basketball’s #1 ranked high school team in the nation, Paul Laurence Dunbar High School; to it’s 2nd of three national championships. He also was later named to the nationwide McDonald’s High School All-American team. Recruited by more than 100 Division 1 Colleges and Universities, Terry along with his twin brother Perry was awarded a full scholarship to play basketball at the University of South Carolina in Columbia, South Carolina where he earned his B.S. in Hotel, Restaurant, and Tourism Administration. A four year starter with the Gamecocks, he’s ranked 10th in all-time scoring and set the Metro Conference Tournament single game scoring record of 38 points. He also was named to the USC All-Decade Basketball Team. His team won a bronze medal in the U.S. Olympics Festival.

Terry has been mentoring for more than 16 years and is the founder of the “Men of Standard” men’s mentoring group, which provides young and adult men a forum to discuss, share and address relevant topics for achieving a fulfilled Christian life based on biblical exploration and application. He has served on the board of the Youth Hope Foundation at DJJ (South Carolina Department of Juvenile Justice). Terry is actively involved in his church and was honored as a recipient of the Carolina Gospel Award and the Whitney M. Young Jr. Service Award. He’s the preferred speaker for D.A.R.E. with the Richland County Sheriff’s Department, Wendy’s Heisman Awards Banquet, and various alternative and adult education programs. Currently, Dozier is the Family Programs Coordinator for The City of Columbia Parks and Recreation, developing programs and collaborations which provide services that improve family outcomes. Married since 1991, Terry resides in Columbia, South Carolina with his wife Kym and three daughters- Kacey, Kelcee and Terinee.

Motivating Others for Peak Performance

He has done an excellent job with our young men. And he is a very positive role model for them. We try to prepare them to be outstanding citizens as well as football players. People, such as Terry, help tremendously with their educational experience.”