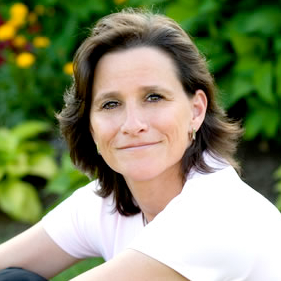 Widowed at 35 following her spouse’s death from Lou Gehrig’s Disease (ALS), and after surviving a near-fatal suicide attempt, Terry Wise spent the next several years in treatment.  A former Boston trial attorney, Wise has since devoted her life to international public speaking and full-time writing.  She has traveled to all 50 states and hundreds of cities to appear as a keynote speaker, continuing education instructor and workshop presenter—speaking to both the general public and professionals on topics related to depression, grief, long-term caregiving, suicide prevention, and the process of recovery.

Wise is the author of Waking Up: Climbing Through the Darkness with a foreword by Rabbi Harold S. Kushner, best-selling author of When Bad Things Happen to Good People. Wise’s highly-acclaimed book provides a roadmap for the restoration of emotional health.  Waking Up is in use at numerous universities nationwide, including Columbia, Rutgers, Simmons, Loyola, Northeastern, Gonzaga, Aurora, St. Mary’s and Sacramento State and it has been endorsed by prominent experts in related fields.  Waking Up has also been adopted for use in crisis centers and in the training materials for the Core Competency Curriculum developed by the American Association of Suicidology and Suicide Prevention Resource Center (SPRC).

Wise has served on the boards and steering committees of numerous national organizations, including the National Suicide Prevention Lifeline (NSLP) 800-273-TALK, American Association of Suicidology, Families for Depression Awareness, Suicide Prevention Resource Center (SPRC), and the Public Awareness Task Force for the National Action Alliance for Suicide Prevention (launched by the U.S. Health & Human Services Secretary and the Defense Secretary). She is also a member of the Speakers’ Bureau for the Depression and Bipolar Support Alliance.

Wise is the recipient of a National Mental Health Award for “distinguished achievement and work that has had a major impact on the depression community.”  Chosen by an independent panel of mental health experts, this award is given to “an individual whose noteworthy public efforts have helped promote the understanding of depression and reduce the shame and guilt associated with the illness.”

Terry’s work as a public speaker and author is featured on a nationally distributed educational video. This video was the winner of the 16th Annual National Health Information Awards.  It was created and sponsored by the National Suicide Prevention Lifeline (NSPL) and the U.S. Department of Health and Human Services/Substance Abuse & Mental Health Services Administration (SAMHSA).  Wise is also a featured interview on two of WebMD.com’s “Depression Insights” Video Series (“Major Life Events” and  “Suicide Prevention“).  In addition, she is a featured expert on a nationally broadcast Radio Podcast, Diagnosis and Treatment, sponsored by Families for Depression Awareness.

Waking Up: Climbing Through the Darkness

Waking Up: Climbing Through the Darkness

“Terry is a riveting speaker who is able to bring the listener into her personal experiences with depression.  She tells her story with deep insight, profound honesty and clarity of thought.”