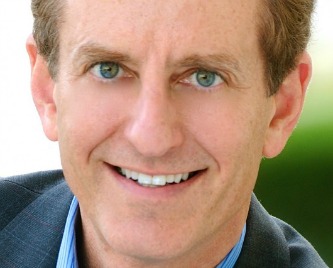 His lively and informative speaking engagements have earned him a place in Successful Meetings Magazine’s "21 Top Speakers for the 21st Century," and his best-selling books on economics and financial markets have been widely translated and are taught in universities worldwide.

As a keynote speaker and commentator, Todd Buchholz brings his experience as a former White House director of economic policy, a managing director of the $15 billion Tiger hedge fund, and a Harvard economics teacher to the cutting edge of economics, fiscal politics, finance, and business strategy.

Buchholz is a frequent commentator on ABC News, PBS, and CBS. He recently hosted his own special on CNBC. Buchholz has debated such luminaries in the field of economics as Lester Thurow and Nobel Laureate Joseph Stiglitz. He is CEO and co-founder of educational software company Sproglit, LLC and was a fellow at Cambridge University in 2009.

Before joining Tiger in 1996, Buchholz was President of the G7 Group, Inc, an international consulting firm whose clientele included many of the top securities firms, investment banks and money managers in New York, London, and Tokyo, including Goldman Sachs and Morgan Stanley. His commentaries were closely read by officials at the Federal Reserve, Bundesbank and Bank of England. From 1989 to 1992 he served at the White House as a Director for Economic Policy. Buchholz won the Allyn Young Teaching Prize at Harvard and holds advanced degrees in economics and law from Cambridge and Harvard. He also holds several engineering and design patents and is a co-producer of the Broadway smash "Jersey Boys."

Buchholz has authored numerous critically acclaimed and best-selling books, many of which he has developed into successful lectures and speaking events. His books have been translated into a dozen languages and are used in universities worldwide, including at Harvard, Duke, and Princeton. Author Buchholz is praised for his examination of economics, business and entrepreneurship in the context of global society.

Market Shock: 9 Economic and Social Upheavals that Will Shake Our Financial Future, was released to rave reviews and dubbed "outstanding" by the Wall Street Journal. Buchholz has also published the best-selling New Ideas from Dead Economists, New Ideas from Dead CEOs, From Here to Economy, and Lasting Lessons from the Corner Office, which garnered high praise from The New York Times and Financial Times.

Named by Publishers Weekly as a "top ten" book for 2011, his book Rush: Why You Need and Love the Rat Race has been praised by the Financial Times, Toronto Globe & Mail, Los Angeles Times and the BBC, among many others. Buchholz has penned articles for the New York Times, Wall Street Journal, Washington Post, Forbes, and Reader’s Digest.

Buchholz is widely sought keynote speaker for his depth of experience, sharp wit and honest, entertaining delivery. He puts global politics and financial markets into perspective and offers a positive understanding of the challenges and opportunities facing today’s markets.

Is the Economy Headed Higher — or Off a Cliff?

How To Compete in A Global Economy

China: The Threat and the Opportunity

Market Shock: 9 Economic and Social Upheavals that Will Shake Our Financial Future

From Here to Economy, and Lasting Lessons from the Corner Office

"Todd Buchholz was just amazing. His energy, effervescence and educational material was just what we needed to kick-off the Conference."