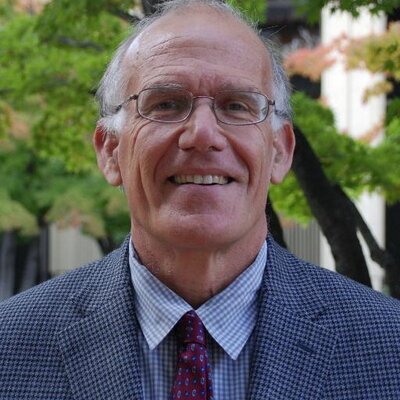 Victor Davis Hanson is the Martin and Illie Anderson Senior Fellow in Residence in Classics and Military History at the Hoover Institution, Stanford University, a professor of Classics Emeritus at California State University, Fresno, and a nationally syndicated columnist for Tribune Media Services.

He is also the Wayne & Marcia Buske Distinguished Fellow in History, Hillsdale College, where he teaches each fall semester courses in military history and classical culture.

Hanson was awarded the National Humanities Medal in 2007, and the Bradley Prize in 2008, as well as the Edmund Burke Award (2018), William F. Buckley Prize (2015), the Claremont Institute’s Statesmanship Award (2006), and the Eric Breindel Award for opinion journalism (2002).

Hanson, who was the fifth successive generation to live in the same house on his family’s farm, was a full-time orchard and vineyard grower from 1980-1984, before joining the nearby CSU Fresno campus in 1984 to initiate a classical languages program. In 1991, he was awarded an American Philological Association Excellence in Teaching Award, which is given yearly to the country’s top undergraduate teachers of Greek and Latin.

Hanson has been a National Endowment for the Humanities fellow at the Center for Advanced Studies in the Behavioral Sciences, Stanford, California (1992-93), a visiting professor of classics at Stanford University (1991-92), an Alexander Onassis Fellow (2001), and was named alumnus of the year of the University of California, Santa Cruz (2002).

He has served as a presidential appointee to American Battle Monuments Commission (2007-8), and a board member on the H. F Guggenheim Foundation, and currently serves on the Bradley Foundation Board of Directors.

He was also the visiting Shifrin Professor of Military History at the U.S. Naval Academy, Annapolis, Maryland (2002-3). He received the Manhattan Institute’s Wriston Lectureship in 2004, and the 2006 Nimitz Lectureship in Military History at UC Berkeley in 2006. He has also been visiting William Simon Professor (2009, 20012, 20013-4) at the Pepperdine University Graduate School of Public Policy, and received an honorary doctorate of Law from the Pepperdine Law School.

Hanson is the author of hundreds of articles, book reviews, scholarly papers, and newspaper editorials on matters ranging from ancient Greek, agrarian and military history to foreign affairs, domestic politics, and contemporary culture.

He has written or edited 24 books.

His latest book, The Second World Wars, a history of World War II for Basic Books, was released on October 17, 2017.

In The Father of Us All (Bloomsbury 2011), he collected earlier essays on warfare, ancient and modern. The Savior Generals (Bloomsbury 2013) analyzes how five generals saved what were considered lost wars. Hanson has published an historical novel The End of Sparta (Bloomsbury 2012), a realistic retelling of Epaminondas invasion and liberation of the helots of Spartan-controlled Messenia.

The Other Greeks: The Family Farm and the Agrarian Roots of Western Civilization(Free Press, 1995; 2nd paperback ed., University of California Press, 2000);

The Land Was Everything: Letters from an American Farmer (Free Press, 2000; a Los Angeles Times Notable book of the year);

Mexifornia: A State of Becoming (Encounter, 2003),

A War Like No Other: How the Athenians and Spartans Fought the Peloponnesian War (Random House, 2005) was named one of the New York Times Notable 100 Books of 2006.

He coauthored with Bruce Thornton and John Heath, Bonfire of the Humanities (ISI Books, 2001).

He coauthored with Heather MacDonald and Steven Malanga, The Immigration Solution: A Better Plan Than Today’s (Ivan Dee 2007).

He edited a collection of essays on ancient warfare, Makers of Ancient Strategy (Princeton University Press, 2010).

He edited two PJ Media E-book collections of prior essays: The Seductions of Appeasement (2014) and The Decline and Fall of California (2015).

He serves on the editorial board of the Military History Quarterly, and City Journal.

The Case for Trump

Makers of Ancient Strategy: From the Persian Wars to the Fall of Rome

The Western Way of War