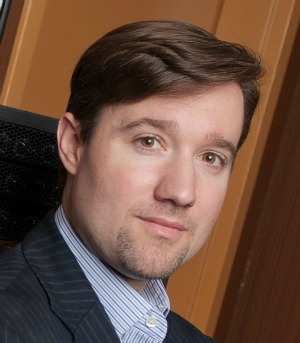 Vince Benedetto began his communications interests early on. He grew up in a recording studio in the suburbs of Philadelphia, learning the art of audio/music production, song composition, and broadcast communications first hand. Vince became and Eagle Scout in 1993 and graduated with distinguished honors from Phoenixville Area High School in 1994.

In 1994, Benedetto obtained a Congressional nomination and was appointed to the United States Air Force Academy where he held numerous high-level cadet leadership positions during his four years there, including Cadet Squadron Commander. He majored in Political Science - American Government, and received the Political Science Department's 'Award for Excellence in American Politics'. Benedetto graduated from the Air Force Academy with Military Distinction in 1998 and was commissioned as a 2nd Lt Officer in the United States Air Force.

Benedetto attended the Air Force's Federal Law Enforcement Training Center and graduated as a Special Agent and served in the Air Force Office of Special Investigations (OSI), from 1998 – 2003, where he specialized in counter-intelligence, counter-terrorism and felony level investigations for the Department of Defense (DoD). He was assigned to Davis-Monthan Air Force Base in Tucson, Arizona, where he would be the second in command of an investigative detachment. His primary role was to conduct sensitive federal investigations to include: narcotics, homicides, and major DoD contract fraud.

As a 1st Lieutenant Benedetto was charged with the responsibility of working to help build OSI's counter-intelligence and force protection efforts in South America. His day to day duties involved working with the US Department of State and foreign governments throughout the South American continent on the national and local levels in various countries, as well as host-nation counterparts in both the law enforcement and intelligence communities.

Upon completion of this assignment, Benedetto was assigned to Aviano Air Base in Northern Italy, where he would be promoted to Captain, and become the Operations Officer for an OSI Squadron responsible for counter-intelligence, counter-terrorism and force protection efforts throughout Southern Europe, the Balkans and parts of the Middle East. Benedetto worked extensively with US and NATO allies as well as other US federal agencies to counter threats to US military forces and US interests abroad. During this period, Benedetto spent extensive time in Bosnia working in support of US, NATO and Stabilization Forces (SFOR) counter-terrorism efforts. After fulfilling his service to the Air Force, Vince Benedetto honorably separated from active duty in 2003 and remained in Reserve status until 2006.

"Thank you again for the very effective presentation you made to our group. I have received nothing but excellent comments on your participation. Your business and personal philosophy left an indelible mark on us."