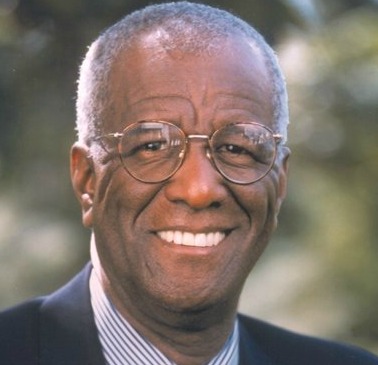 As founder of Famous Amos Cookies in 1975, and father of the gourmet chocolate chip cookie industry, he has used his fame to support educational causes. Since 1979 Amos has been National Spokesman for Literacy Volunteers of America. He is also a Board Member of the National Center for Family Literacy and Communities in Schools. His latest enterprise, The Uncle Noname Company, has been critically acclaimed by the media and consumers alike as a high quality product.

The recipient of many honors and awards, Amos donated the shirt off his back and his battered Panama hat to the Smithsonian Institution's Business Americana Collection. He received an Honorary Doctorate in Education from Johnson & Wales University and has been inducted into the Babson College Academy of Distinguished Entrepreneurs. His awards include the Horatio Alger Award, The President's Award for Entrepreneurial Excellence, and The National Literacy Honors Award.

An accomplished author, Amos' autobiography is titled, The Famous Amos Story: The Face That Launched A Thousand Chips. He collaborated with his son, Gregory, on The Power In You: Ten Secret Ingredients To Inner Strength, sharing his philosophy and life experiences, and also wroteMan With No Name: Turn Lemons Into Lemonade, his account of losing everything, including his name, and how he turned adversity into opportunity. His most recent book, Watermelon Magic: Seeds of Wisdom, Slices of Life, uses watermelon as a metaphor for life to convey Amos' personal path to wisdom, humor, joy and a positive outlook on life.

Over the years, Amos has acted in a number of network sitcoms and has appeared on hundreds of interview shows and news programs. He is TV teacher/host of 50 episodes of state-of-the-art programs for adult basic learners that air on PBS stations nationally, and has acted as product spokesman for several prominent corporations. In every job, Amos always started at the bottom and worked his way to the top. Ultimately, he was hired by the William Morris Talent Agency where he represented Simon & Garfunkle and The Supremes. After years in the entertainment industry, he decided to begin selling what was then a weekend hobby: chocolate chip cookies.

Amos was born in Tallahassee, Florida and lived there with his father and mother until he was twelve, then moving to New York to live with his aunt. As a senior at Food Trades Vocational High School, he dropped out to join the Air Force. While in the Air Force, he earned his GED High School Equivalency Diploma, a certificate that helped change his life. The GED Diploma made him eligible to train at a New York secretarial school after he was honorably discharged from the Air Force.

Now, Wally Amos is known by over 150 million Americans.

The Power In You: Ten Secret Ingredients To Inner Strength

Man With No Name: Turn Lemons Into Lemonade

"The audience loved your talk, which was most appropriate for our celebration of entrepreneurship. You inspired and encouraged them to pursue their visions and goals."