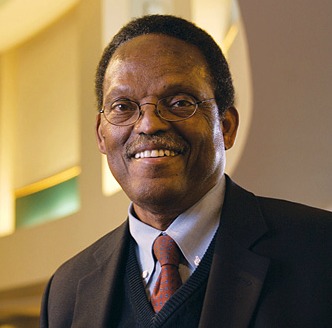 Past President of the American Sociological Association, Wilson has received 45 honorary degrees, including honorary doctorates from Princeton, Columbia, the University of Pennsylvania, Yale, Northwestern, Johns Hopkins, Dartmouth, the University of Amsterdam in the Netherlands, and New York University. A MacArthur Prize Fellow from 1987 to 1992, Wilson has been elected to the National Academy of Sciences, the American Academy of Arts and Sciences, the National Academy of Education, the American Philosophical Society, the Institute of Medicine, and the British Academy. In June 1996 he was selected by Time magazine as one of America's 25 Most Influential People. He is a recipient of the 1998 National Medal of Science, the highest scientific honor in the United States, and was awarded the Talcott Parsons Prize in the Social Sciences by the American Academy of Arts and Sciences in 2003.

He is the author of numerous publications, including The DecliningSignificance of Race, winner of the American Sociological Association's Sydney Spivack Award; The Truly Disadvantaged, which was selected by the editors of the New York Times Book Review as one of the 16 best books of 1987, and received The Washington Monthly Annual Book Award and the Society for the Study of Social Problems' C. Wright Mills Award; When Work Disappears: The World of the New Urban Poor, which was selected as one of the notable books of 1996 by the editors of the New York Times Book Review and received the Sidney Hillman Foundation Award; and The Bridge Over the Racial Divide: Rising Inequality and Coalition Politics. Most recently he is the co-author of There Goes the Neighborhood: Racial, Ethnic, and Class Tensions in Four Chicago Neighborhoods and Their Meaning for America and Good Kids in Bad Neighborhoods: Successful Development in Social Context.

Other honors granted to Wilson include the Seidman Award in Political Economy (the first and only noneconomist to receive the Award); the Golden Plate Achievement Award; the Distinguished Alumnus Award, Washington State University; the American Sociological Association's Dubois, Johnson, Frazier Award (for significant scholarship in the field of inter-group relations); the American Sociological Association's Award for Public Understanding of Sociology; Burton Gordon Feldman Award ("for outstanding contributions in the field of public policy") Brandeis University; and the Martin Luther King, Jr. National Award (granted by the Southern Christian Leadership Conference, Los Angeles).

Professor Wilson is a member of numerous national boards and commissions, and was previously the Chair of the Board of The Center for Advanced Study in the Behavioral Sciences and of the Russell Sage Foundation.

Poverty and Urban Life in America

"Professor Wilson was an amazing speaker.  We appreciate his style of delivery and wonderful performance."